Boys told not to wear shorts to school, so they showed up in skirts 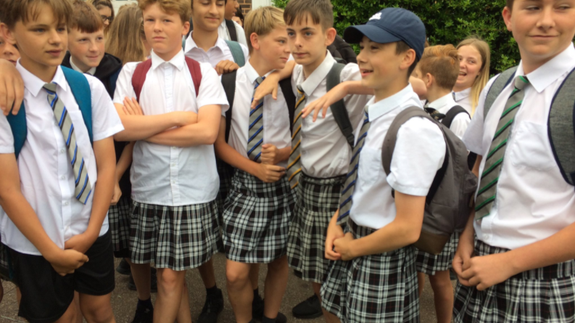 These schoolboys are fighting their school’s dress code, one skirt at a time.

Around 50 boys at Isca Academy in Exeter, UK, protested their school’s no shorts policy by turning up in skirts on Thursday, reported by Devon Live.

The students reportedly got the idea from the school’s head teacher, who jokingly suggested they could wear skirts if they like.

A searing heatwave has left students struggling from the weather, despite parents complaining to the school about its antiquated uniform policy.

Trousers are mandated for boys, while girls can also wear skirts. Students were told they would be disciplined if they turn up wearing shorts. Read more…