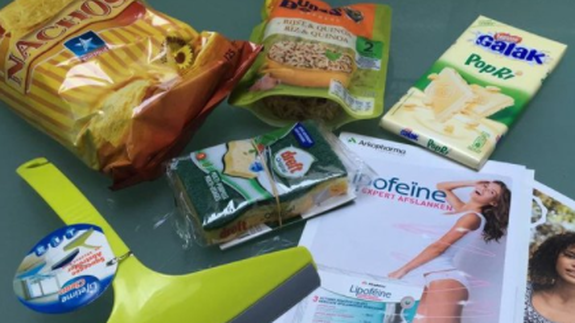 Wonder Woman features a badass female heroine, was directed by a woman, and is killing it at the box office — but leave it to good ol’ misogyny to still get a few jabs in, right?

Attendees at a women-only June 6 screening of the film at a Belgian theater reportedly received bags full of sponges, diet pill pamphlets, squeegees, chocolate, noodles, and chips as a “gift.” (Honestly, we are shocked the bags did not include Bic’s “For Her” pens.)

SEE ALSO: 6 non-superhero female characters who are still as kickass as Wonder Woman

The bags (pictured below) say “Cool things inside,” but, unfortunately, the things inside are not cool. Instead, they’re terribly sexist! And audience members were not pleased. Read more…