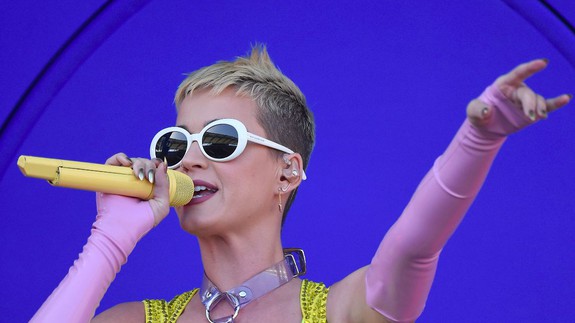 Katy Cats are in for a treat — Katy Perry is playing a surprise show in front of 90 fans in London and live streaming the whole thing.

Perry just announced the intimate gig at the Water Rats, where she played nine years ago, on Twitter. You can tune into the show on YouTube now.

Perry is playing Witness era tracks like “Chained to the Rhythm” as well as the hits from Teenage Dream. Would you like to watch Perry inquire whether they have Taco Bell in England and then hear a bunch of Brits argue about the answer? Well, that’s there, too.  Read more…