Why won’t you believe Mark Zuckerberg that he’s not running for president? 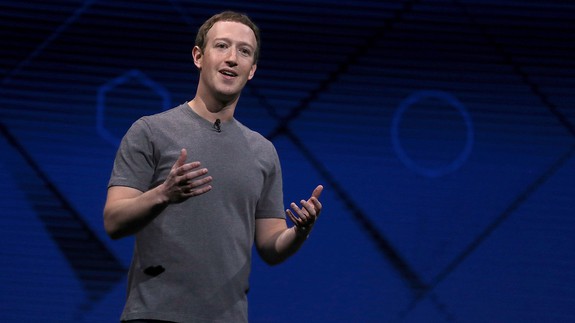 Mark Zuckerberg is not running for president. He’s got a higher calling.

The Facebook CEO reiterated again on Sunday night that he is not looking to pursue public office. His recent cross-country tour had roused speculations that Zuckerberg was working to broaden his public image beyond that of the boy genius or, perhaps worse, the Jesse Eisenberg version portrayed in “The Social Network.”

Zuckerberg provided a deeper reason for his trip, in which he’s visiting all 50 states. He has previously said the trip was to get him out of his bubble. Doing so, he wrote in Sunday’s Facebook post, has opened his eyes to the importance of friends — which is a little convenient coming from the CEO of Facebook. Read more…

More about Business and Business