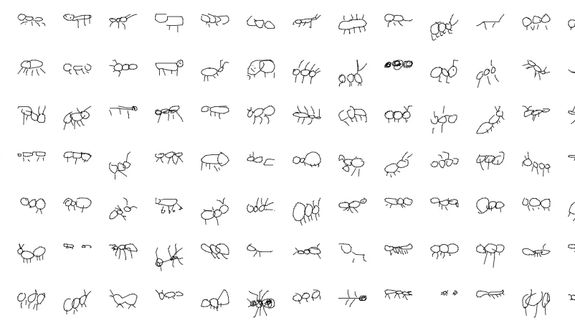 Google introduced Quick, Draw! last November at our productivity’s great expense. We spent hours in the office toying around with the image maker, resulting in some next-level sketches and a firm lecture from our bosses about “proper time management,” whatever that means.

The tool wasn’t just meant to help us waste time, though — Quick, Draw! was actually a clever crowdsourcing effort from Google’s A.I. Experiments team to train its neural network. As people played the game, the system learned how to identify exactly what they were sketching more accurately.

Google did us all a solid and released the data gathered from the program to give us all a look at how 15 million people have used Quick, Draw! since November. The cache has over 50 million drawings spread out over 345 different categories, so there’s clearly been plenty of time spent doodling away online — which is great for the AI, as we saw at the company’s recent I/O developers conference. By releasing the dataset, Google hopes to give everyone a chance to use the crowdfunded sketches, especially developers trying to train neural networks of their own. Read more…