Twitter is mocking this political graph for a very good reason 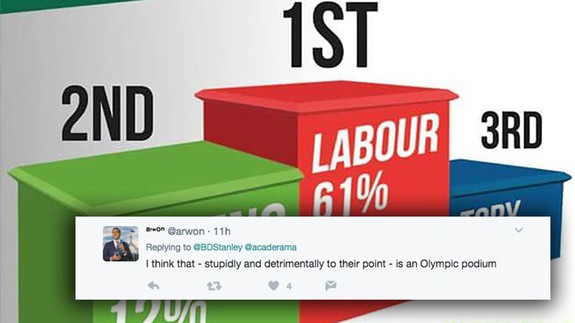 Twitter users were quick to call out the UK’s Tower Hamlets Green Party for this confusing image that they originally posted to their Facebook page.

“Get me the guy who does graphs for the Lib Dems.”

“He says there are limits to what he can…”

One Twitter user worked his editing magic and fixed the chart to reflect the right proportions.