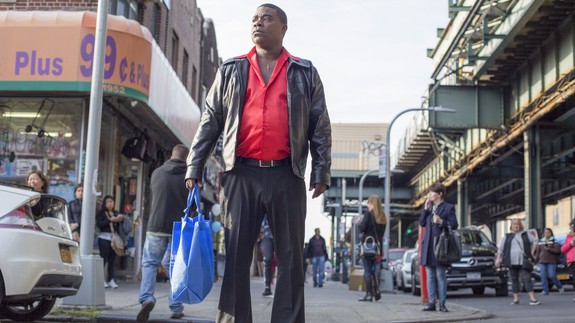 In between interviews about his upcoming Netflix special, Tracy Morgan is taking a break.

The standup comedian and former SNL star — whose 2014 car accident shocked Hollywood — has a line of reporters waiting for him, and when he returns they can hear his voice down the hall of this midtown hotel.

He’s asking someone with him to choose a musical artist to completely erase from history, if they had to; the options are Prince, Michael Jackson, Whitney Houston, Aretha Franklin, and Beyoncé.

“The last one,” his companion says, afraid to even say the name. Morgan notices this and laughs. He brushes off the existential artistic question. These days, Morgan vacillates between humor and philosophy and if you can’t handle the combination, you can’t handle him. Read more…