Those ‘Game of Thrones’ spinoffs will be prequels, and now there are FIVE in the works 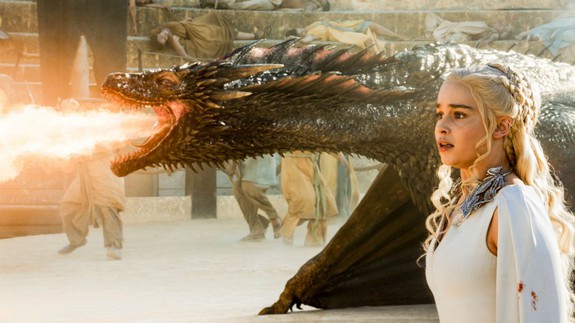 If you’re freaking out about the possibility of four Game of Thrones spinoffs, we’ve got good news — George R. R. Martin has revealed that there are actually five potential projects in development over at HBO, and they’re not what you might expect.

The first four, as previously announced, are being written by Max Borenstein, Jane Goldman, Brian Helgeland, and Carly Wray, with Martin collaborating with the scribes on all four of the potential shows.

“Every one of the four has visited me here in Santa Fe, some of them more than once, and we’ve spent days together discussing their ideas, the history of Westeros and the world beyond, and sundry details found only in The World of Ice & Fire and The Lands of Ice & Fire,” Martin wrote in a blog post on his LiveJournal. Read more…