This service turns your favorite tweets into a piece of art 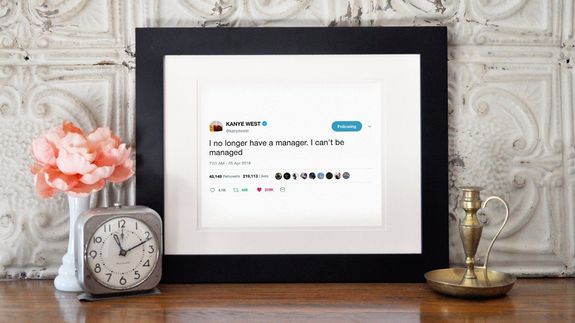 TL;DR: Framed Tweets immortalizes hilarious and awe-inspiring tweets from celebs, politicians (ahem), and regular people alike — get your own on sale for $67.50, down from $75.

Ah, Twitter. Years ago it was just a place to complain about stuff. Today, those complaints are basically the greatest form of art in the 21st century. We live in weird times.

Hundreds of millions of tweets are posted every day, and to be honest, most of them are garbage. But amongst that garbage is pure gold. You know the ones we’re talking about: the hilarious, the ridiculous, the juicy, the cringe-worthy. Those kinds of tweets should be showcased forever and thanks to this tweet-framing service, they can be.  Read more…