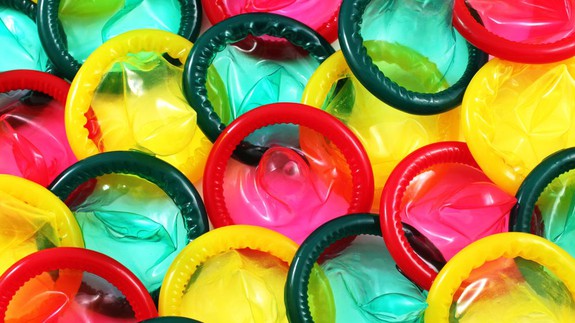 The two unidentified men robbed a warehouse belonging to the high-end sex toy company Lelo. It had shut down early for the holiday weekend and at about 7:45 pm on Friday the security cameras caught the two sneaking in the back gate. The apparent safe-sex enthusiasts walked away with two shipping boxes full of condoms, only to return a few minutes later to pick up 36 more packages.