The world’s largest bike garage just got even bigger 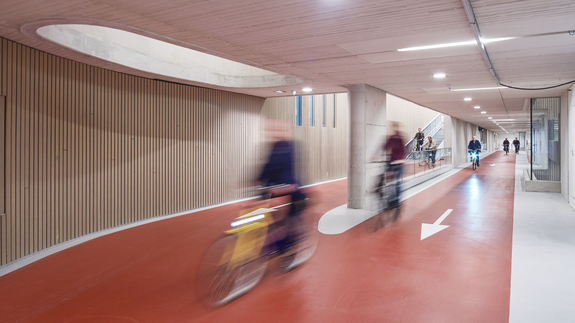 Maybe you’ve heard the dinner party fact that the Netherlands is the only country in the world that has more bicycles than people. (If not, go ahead and steal that for your next dinner party!) And here’s another one: It only makes sense that the world’s largest bicycle parking facility can be found in the country as well.

It just got even bigger.

Located in the city of Utrecht near Central Station, the 24/7 ride-in facility now features enough storage for a casual 12,500 bikes, including regular commuter bikes, cargo bikes, electric bikes, and even tandems (yes, some people use ’em).