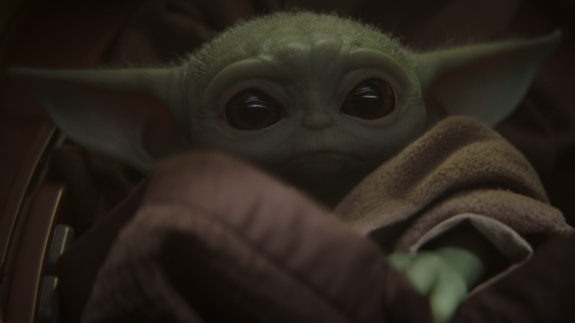 We don’t know where Baby Yoda came from (yet), but The Mandalorian creator Jon Favreau is willing to divulge how he first saw the adorable creature.

On Tuesday, four days after the release Disney+’s second Mandalorian installment, Favreau shared the concept art for “The Child” on Twitter. With two big brown eyes, two bigger green ears, and one little foot poking out of his snuggly, first draft Baby Yoda looks almost as cute as the one that made it into the show.