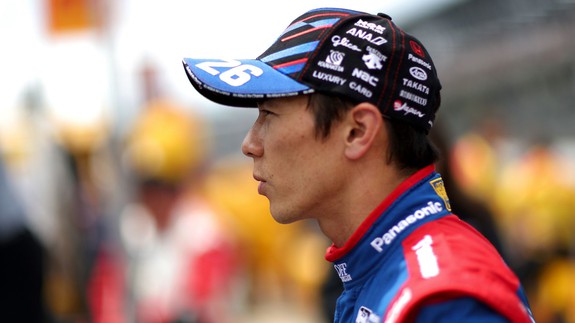 Takuma Sato, the former Formula One racer who’s been driving in the IndyCar series for nearly a decade, won the Indianapolis 500 on Sunday, making him the first Asian driver to win the Greatest Spectacle in Racing.

“Unbelievable feeling!” Sato exclaimed as he jumped out of his car in Victory lane to celebrate with his teammates.

Sato was set back by a pit stop problem early in the race, but stayed patient, quietly moving his way into striking distance. He saved his best for the final battle with bulldog veteran Helio Castroneves in the final five laps — and Castroneves was hungry. Read more…