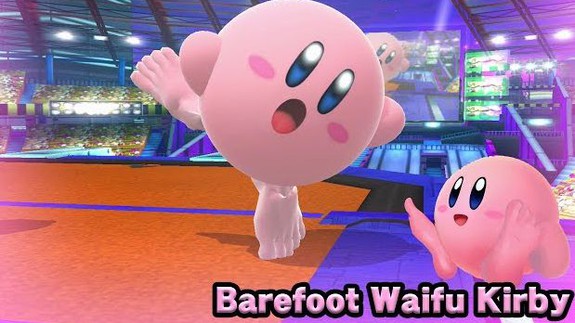 This is just wrong.

Inspired by the terrifying Kirby fanart created by Marie Blue that made the rounds on the internet the past few months, a modder who goes by LuckyJero has given Kirby human feet in Super Smash Bros. 4 for the Wii U.

The original concept created by Blue suggests that what we think of as Kirby’s magenta, ovular feet are actually just shoes covering the floaty pink ball’s disturbingly realistic feet.

LuckyJero said his Smash 4 mod, Barefoot Waifu Kirby, was created as a joke and won’t be improved at all despite some small visual flaws. Along with the Kirby shown in the above video, the mod includes a version of the human-footed Kirby with hair. Read more…