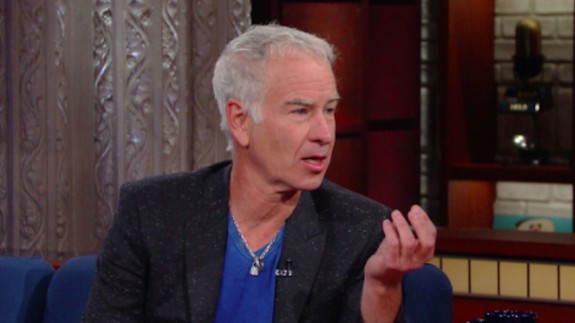 It’s great when comedians known for being confrontational actually, you know, confront something.

Stephen Colbert did exactly that when he interviewed the 58-year-old tennis legend John McEnroe on The Late Show. McEnroe caused controversy when he stated that Williams would only “be like 700 in the world” if she played on the men’s tennis circuit.

“You cannot be serious,” Colbert said, refusing to let the issue go.

Regardless, McEnroe stood by his patently offensive and annoying statement.