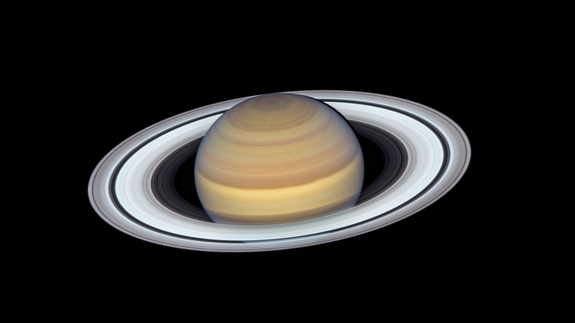 NASA released its annual images of the planet Saturn taken by the Hubble Space Telescope Thursday, giving the citizens of earth an update on what’s been going on over at the solar system’s sixth planet.

The image above includes some impressive detail in the planet’s iconic rings where there are dozens of visible striations that circle around, as well as an updated look at the atmosphere with its gaseous bands and persistent hexagonal pattern at the north pole. The way the planet was tilted toward the telescope made for quite the shot.

Along with that image, NASA released a couple of short videos, including this one that goes into more detail about what the images show us. Read more…