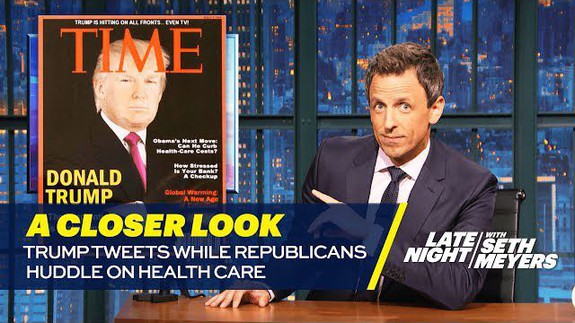 President Trump, as you hopefully don’t know by now, keeps fake photoshopped Time covers of himself throughout his various properties.

So it’s only natural that Seth Meyers called out the “Fake News!” president for not only producing but distributing fake news throughout his ramshackle empire.