Savage ant casually throws another ant off a table 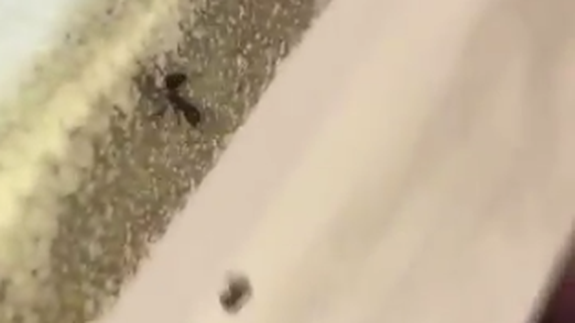 The animal kingdom is a brutal unforgiving place. A barbaric place where, at any given moment, a scene from 300 can break out, and it’s no big deal.

This is exactly what Twitter user Mike Sanchez found out the other day when filming some ants on Snapchat.

SEE ALSO: Ant might have a fierce name, but it’s scared of everything

Dear god. That is called “Mufasa-ing” and it’s one of mother nature’s most cold-blooded maneuvers.

The internet was quick to react, as always, offering their own Savage Ant™️ videos and some very on point comparisons.