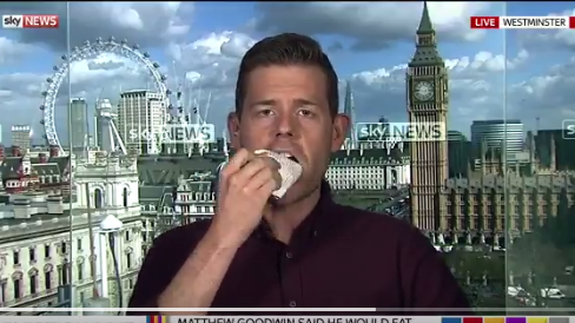 Matthew Goodwin, a professor of political science in the United Kingdom, tweeted last month that he didn’t believe the Labour Party under Jeremy Corbyn would poll above 38 percent in the U.K. general election. If they did, he said, he would “happily eat [his] new Brexit book.”

I’m saying this out loud. I do not believe that Labour, under Jeremy Corbyn, will poll 38%. I will happily eat my new Brexit book if they do

Well, Labour got 40.3 percent on June 9. And now Goodwin is on live TV eating not just his words, but his book.  Read more…