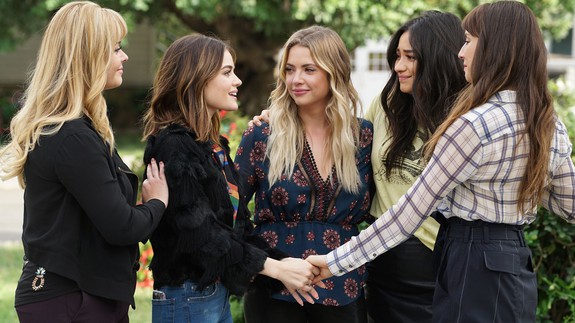 Spoiler warning: This recap contains plot details for the Pretty Little Liars series finale, titled “Til Death Do Us Part.”

Pretty Little Liars came to a dramatic end Tuesday with an action-packed two-hour series finale. But a PLL series finale that runs double the length of a normal episode? That’s a recipe for mind-blowing reveals left and right. Here are the six biggest revelations of “Til Death Do Us Part.”

In a theory fans guessed at a while back, it turns out Spencer and Charlotte were not Mary Drake’s only children — Spencer is actually a twin. Her identical twin sister, Alex Drake, was adopted by a wealthy British couple who later dumped her at an orphanage when it turned out Alex had some “issues.” Read more…