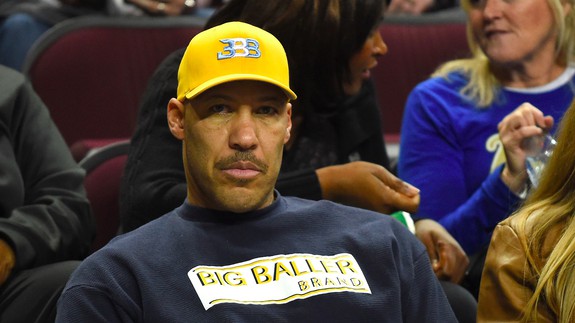 LaVar Ball was a top Twitter trend again on Wednesday, but this time because he said something actually offensive.

Because of course he did. Because this is what the tawdry love affair between LaVar and the media has been leading up to all along — a chance for outrage, a chance for righteous indignation, a chance to tear him down when he never should have been built up like this in the first place.

On Wednesday, LaVar served that chance up on a silver platter.

Appearing on Fox Sports 1’s The Herd with Colin Cowherd, LaVar got rather misogynistic in an exchange with co-host Kristine Leahy after Leahy started asking about the ridiculously overpriced line of shoes LaVar recently unveiled.  Read more…