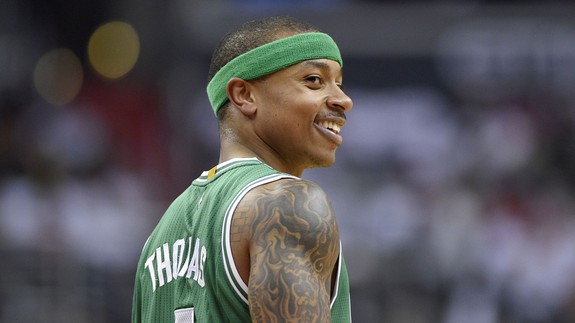 This much we know: Boston Celtics star Isaiah Thomas was caught threatening someone on social media; a few days later, he was fined $25,000 by the NBA for “directing inappropriate language toward a fan.”

It’s just not quite clear how related these two facts are — so bear with us as we dive in.

Five days ago, someone posted an Instagram video in which in definitely looks like Thomas tells a Washington Wizards fan from the bench area mid-game that “I will fuck you up and you know that.” He can then be heard telling the fan to “come right here and say it.”  Read more…