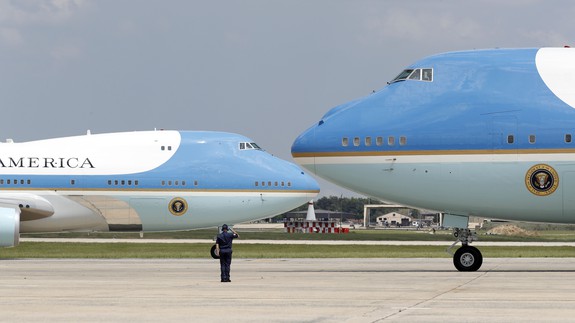 After a week in which the New York Times and Washington Post traded bombshell reports, the pair dropped two scoops — just as Donald likes — at the same time Friday.

The timing was odd — several hours earlier than the daily reports from earlier in the week — and inconvenient for Trump, who had just boarded a looong flight to Saudi Arabia.

The news lit up Twitter as we simultaneously learned that a) Trump reportedly called FBI Director James Comey a “real nut job” to the Russians and claimed firing him would take “great pressure” off the president and b) someone close to Trump is now under scrutiny in the Russia investigation.  Read more…