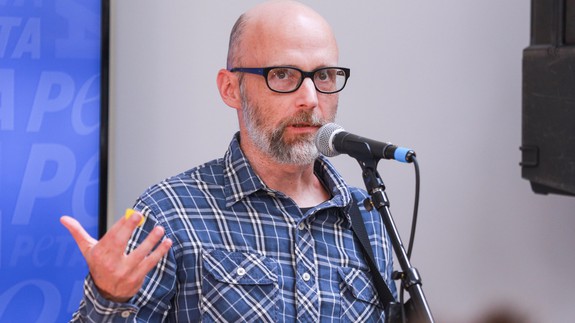 Moby doesn’t like Donald Trump and he’s making sure in every possible way that you understand this.

If you’ve watched his music videos, listened to his playlists, or read his tweets calling for Trump’s resignation, then you already know this. But just in case you weren’t aware, the DJ and producer has released a free, new album entitled More Fast Songs About the Apocalypse, and the accompanying press release finds an opportunity to bash the White House.

John Miller is the one of the names Trump has donned when he posed as a media spokesperson to questions about himself, and also just happens to be the publicist behind Moby’s press release. Read more…