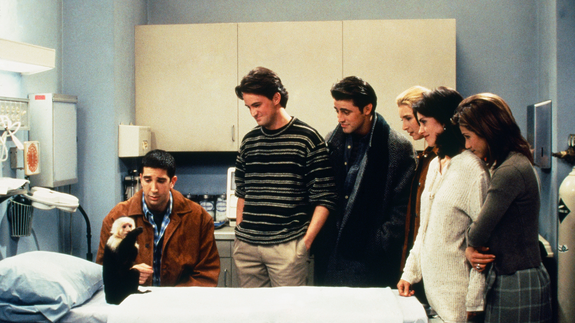 It’s been a lot of years since we spent any time with Ross Geller’s pet capuchin monkey on Friends — she’s actually a female named Katie with her own IMDb page. But that may change once Y: The Last Man, a Brian K. Vaughn comic book adapted for TV, hits FX.

It’s not yet certain that Katie will make the final cut, but FX CEO John Landgraf confirmed it was her during the Television Critics Association’s summer press tour, per The Hollywood Reporter. He first noticed — and recognized — Katie as he looked through early cuts of Y.

In a subsequent check-in with Katie’s trainer, THR was able to confirm her involvement in the show. It’s been a long time since that first season of Friends, which premiered in 1994, but Katie — who must have been so young back then! — is apparently in her mid-to-late 20s. Read more…