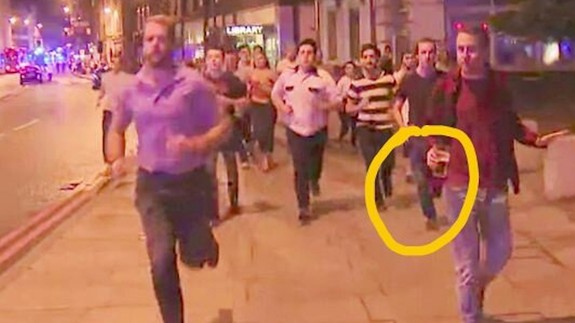 A young man who fled yesterday’s terrorist attacks with a pint of beer in hand has become something of an internet hero.

The photo, which has been retweeted over 28,000 times, features the man fleeing from the scene with a pint of beer in hand. For some, the photo provided a moment of profoundly dark comedy on a day otherwise entirely colored by tragedy.

SEE ALSO: Ivanka Trump tweets support for LGBTQ people, and you can guess what happens next

“People fleeing LondonBridge but the bloke on the right isn’t spilling a drop. God Bless the Brits!” Howard Mannella, who posted a photo of the tweet, wrote. Read more…