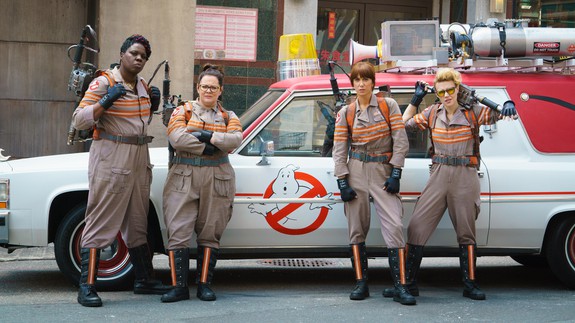 Jason Reitman’s announced Ghostbusters movie will be a continuation of the original two films and will likely not include the 2016 female-led reboot of the franchise in its canon.

Leslie Jones, who played Ghostbuster Patty Tolan in the 2016 movie, tweeted her feelings about the situation in response to three separate people who publicly wished that the sequel would find a way to include the lady Ghostbusters.

SEE ALSO: ‘Ghostbusters’ is getting a sequel in 2020 and there’s already a spine-tingling teaser

So insulting. Like fuck us. We dint count. It’s like something trump would do. (Trump voice)”Gonna redo ghostbusteeeeers, better with men, will be huge. Those women ain’t ghostbusteeeeers” ugh so annoying. Such a dick move. And I don’t give fuck I’m saying something!!