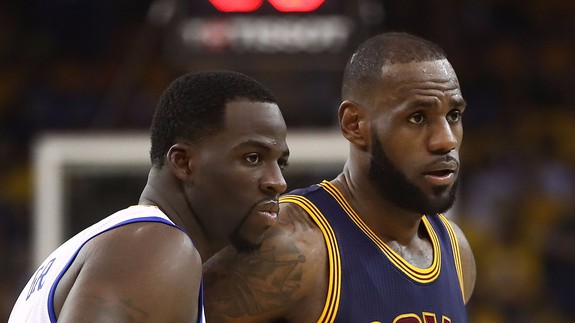 We recently said — with good reason, mind you — that NBA fans shouldn’t look at Instagram this time of year.

Because LeBron James and Draymond Green spent much of Thursday engaged in an Instagram flame war that was indeed a worthy sequel to the just-concluded NBA Finals.

It all goes back to last year, when the Cavs beat the Warriors in the NBA Finals. James wore an Ultimate Warriors T-shirt to the Cleveland parade to un-subtly troll his vanquished opponents.  Read more…