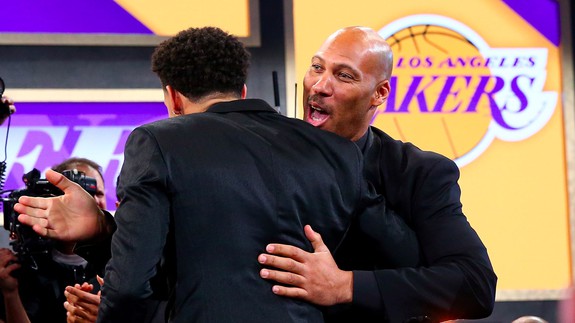 LaVar is ostensibly being such a blowhard to promote his family’s Big Baller Brand, hoping to facilitate sales of sneakers and apparel. But LaVar’s constant thirst for attention has made some wonder if it will make NBA life harder for Lonzo as he enters the world’s top basketball league.

Now we have an answer. Within minutes of Lonzo becoming a pro, we learned unequivocally that, yes, NBA players will target the Lakers rookie out of resentment for his father.  Read more…