James Corden delivers an emotional tribute to the people of Manchester 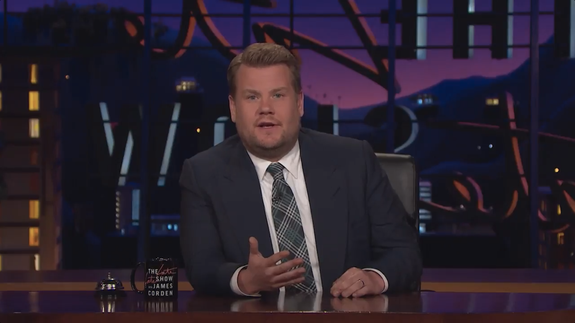 James Corden was in the midst of taping The Late Late Show when he received news of the deadly explosion at an Ariana Grande concert in Manchester.

So the television host recorded an extra segment to pay tribute to the victims and those affected by the disaster, even though details of the attack were still scant at the time.

“It shocks me every time we hear this sort of news that attacks like this can happen. But especially when there will be so many children at this concert tonight,” said Cordon, who was visibly emotional as he shared his love for the city of Manchester, and its inimitable spirit. Read more…