If Ivanka Trump really wants to stay out of politics, she should delete these tweets 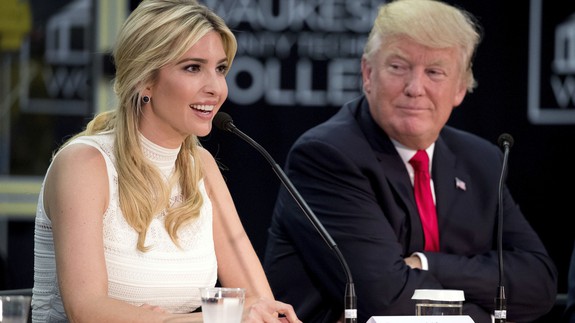 When it comes to the Trump administration’s capacity for bizarre comments, the apples apparently don’t fall far from the tree.

During an interview Monday with Fox and Friends, Ivanka Trump, senior adviser to the President of the United States, responded to a question about whether she advises her father in managing his Twitter feed with this golden nugget:

“You know, I try to stay out of politics.”

While this is a ridiculous answer for any person closely associated with the President of the United States (for obvious reasons), if Ivanka really wants to show she has nothing to do with politics, she miiiiight want to go ahead and delete these tweets from the last few months. Read more…