Hillary Clinton is back and wants you to ‘resist’ 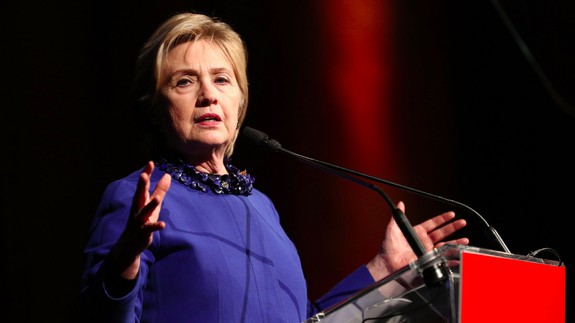 Hillary Clinton hasn’t only been walking in the woods since her unexpected loss last November. She’s also been putting together a new political action group, Onward Together, which she unveiled Monday.

We’re launching Onward Together to encourage people to get involved, organize, and even run for officehttps://t.co/8exooosvZ5

With the tag line “Resist, insist, persist, enlist,” Clinton has formed her version of a resistance group. With a logo and branding reminiscent of her presidential campaign slogan, “Stronger Together,” Onward Together says it’s a way for Americans to “organize, get involved, and run for office.” Read more…

More about Hillary Clinton, Resistance, Onward Together, Pac, and Lifestyle