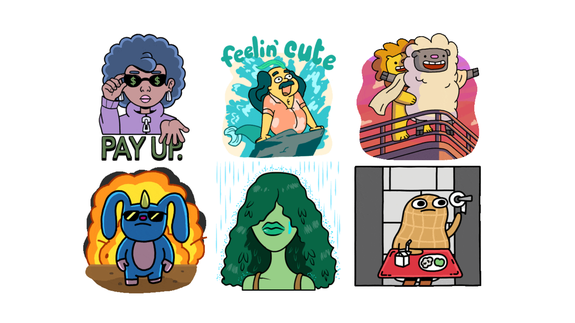 In the early 2000s, Pat Giles worked on MTV’s Daria. Then he redesigned Count Chocula.

On a Friday afternoon, Giles gathered seven millennial animators in a conference room tucked behind a ping-pong table. He presented sketches of small mice playing with food  — something he had drawn up earlier in the day for one of his latest projects as head of studio at Holler, which creates animated emoji for iMessage, Android, Viber, LinkedIn, and other apps.