Everyone wants John Wall to run for president now 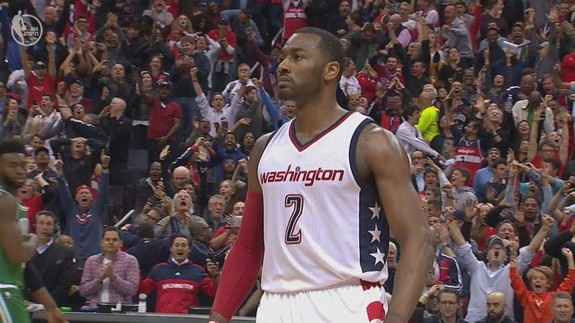 In case you haven’t heard by now, John Wall had one of the most epic Friday nights in history. So epic, in fact, that people are now totally down for the Wizards point guard to run for president.

In Game 6 between the Boston Celtics and Washington Wizards, not only did wall shut down critics by making a phenomenal game-winning shot, but he gave one hell of a post-game interview, too.

With the playoffs on the line, Wall made jaws drop by sinking a three-pointer with 3.5 seconds left in the game, securing a last-minute 92-91 win to force a Game 7.  Read more…