Dude realizes he’s on live TV, so he busts out cringe-y dance moves 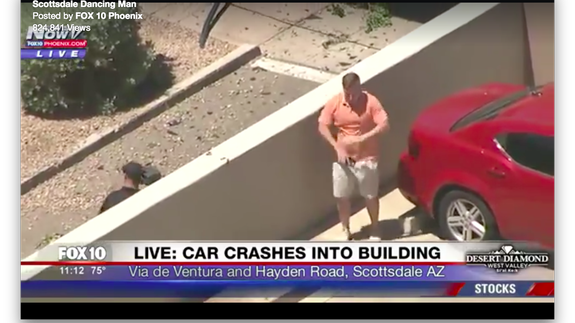 Just when you thought the robot was dead, a middle-aged white man in Scottsdale brings it back.

Fox 10 Phoenix was live on the scene after a car crashed into a building in Scottsdale, Arizona on Wednesday. But while the chopper was grabbing some aerial shots, they panned to a man who took full advantage of his 35 seconds in the limelight.

With phone in hand, the khaki-clad lad showcased some of the cringiest dance moves we’ve seen in a long time. Fox 10 was able to track the man down who said that he noticed the feed on TV was the building next to his work, so he hurried to the roof of the parking garage to catch the chopper’s attention.  Read more…