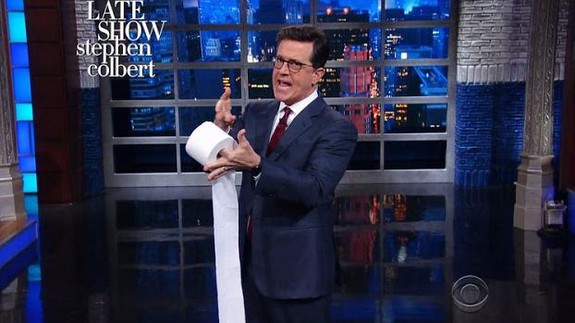 In an interview with Time, the president lashed out at The Late Show host, calling him “no-talent” and “filthy” following Colbert’s controversial May 1 monologue, in which the Colbert Report alum made an oral sex joke about the POTUS and Russian President Vladimir Putin.

Read Trump’s comments on Colbert below:

Colbert has certainly seen his ratings rise in the wake of Trump’s election, and the host has been a frequent and outspoken critic of the president’s policies and actions — the most recent example being the firing of FBI director James Comey. Read more…