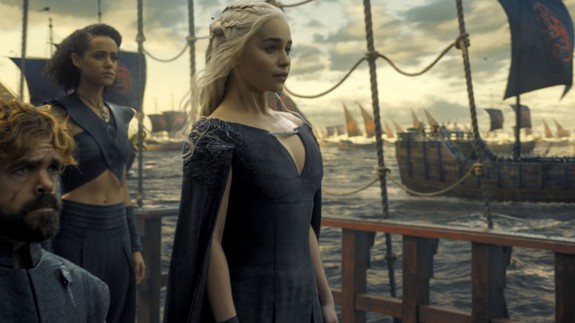 Well, so much for hopes of a diplomatic solution.

New photos from the upcoming Game of Thrones Season 7 dropped Monday — and while they don’t offer a whole lot of new information, they do confirm what we suspected when we saw Queen Daenerys Targaryen’s ships heading westward at the end of Season 6.

Westeros is about to be plunged into war of a kind that the continent hasn’t seen for a century and a half within the Game of Thrones timeline — a war with dragons.

The widespread immediate response to the first exclusive photo on EW was “look at the size of those dragons!” Less noted were the soldiers and the flames in the background of the shot — which implies a more historic event than you might realize.  Read more…

More about Game Of Thrones Season 7 and Entertainment