Comic book that explores psychosis has no panels 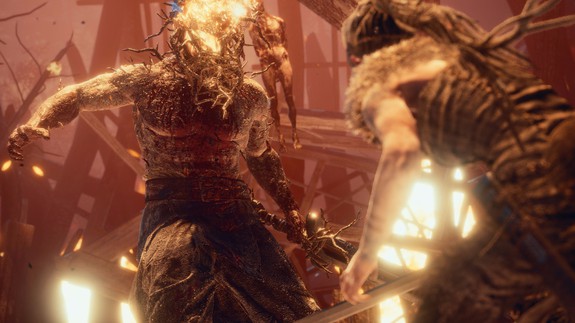 Ninja Theory’s upcoming adventure game Hellblade: Senua’s Sacrifice is dipping its toes into another medium with an exclusive pre-order comic that digs into the story of the game’s protagonist, a warrior with psychosis brought on by her traumatic past.

The comic, Hellblade: Senua’s Song #1, is made in collaboration between Ninja Theory and comic book publisher Valiant Entertainment with art by Ben Templesmith.

In Hellblade, Senua is a Celtic warrior who journeys into the Viking underworld of Hel to find the soul of her dead lover. At least she thinks she is. She has psychosis, giving her vivid hallucinations and a drive to keep pushing toward her goal. Read more…