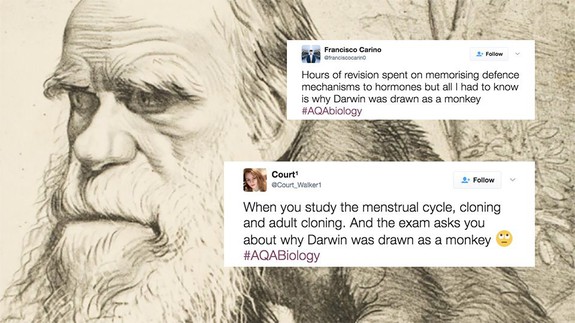 We’ve all experienced the fresh hell that is standardized testing — revising for hours on end in the hopes that what you’ve studied will come up on the exam.

SEE ALSO: British teen is so cool that he corrected NASA on their own data

This week, UK students have taken to Twitter to vent about one specific question that appeared in their AQA biology exam.

From the sounds of it, students were asked to explain why Darwin was drawn as a monkey in the sketch below.