Anderson Cooper DGAF, literally talks about Trump taking a dump on his desk 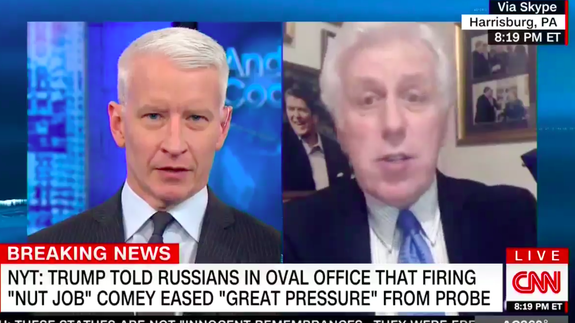 On Friday, the Coop was talking with conservative commentator Jeffrey Lord. The topic, naturally, was the news that Donald Trump told Russian officials at the Oval Office that firing that “nut job” James Comey took pressure off the FBI’s investigation.

“I don’t care what he says to the Russians. I mean, he’s the president of the United States,” Lord said.

Then Cooper responded with this:

Yes, he said, “If he took a dump on his desk, you would defend it.” Read more…