Allow this dog to convince you that he’s a baby 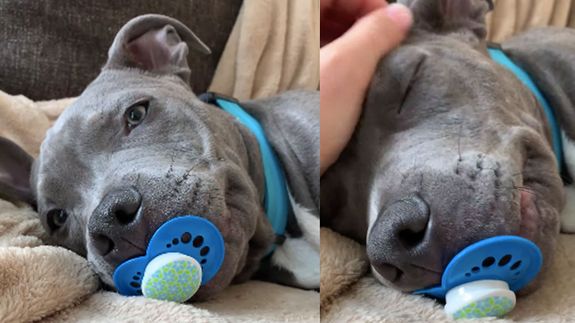 The internet can be extremely stressful at times, but it can also offer 25 seconds of pure, wholesome bliss that you can watch on a loop. Take this video of a dog pretending to be a baby, for example.

The precious “Staffordshire bull terrier pit bull cross” seen above is named Louis. According to the video description, his owner explained how he joined the family when he was just six weeks old and had just been taken off of his mother’s milk.

“He would suckle in his sleep a lot so I decided to give him a binkie to see if it would soothe him a little, he took it right out of my hand and started suckling it like a little baby and wouldn’t give it back,” the description reads. Read more…