5 of the nation’s most accomplished animal mayors 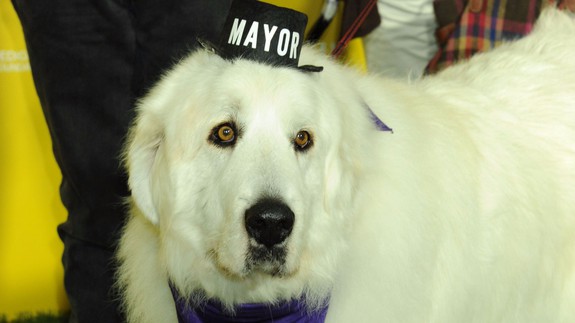 In November 2016, a pit bull named Brynneth Pawltro (no relation) was elected mayor of Rabbit Hash, Kentucky. She beat out a cat, a chicken, and a donkey for the title.

But Pawltro’s political success is nothing new. Animals have been braving — and, in some cases, winning — elections for years. They also die in office a lot, just like William Henry Harrison!

Now, a look back at some of the world’s finest animal candidates … and their many, many tangible political accomplishments.

Real convo about the mayor of Rabbit Hash:@Nancy_Daly: Is Lucy Lou retiring as mayor?
Me: Yes, to run for president pic.twitter.com/0xDjL2rQ87