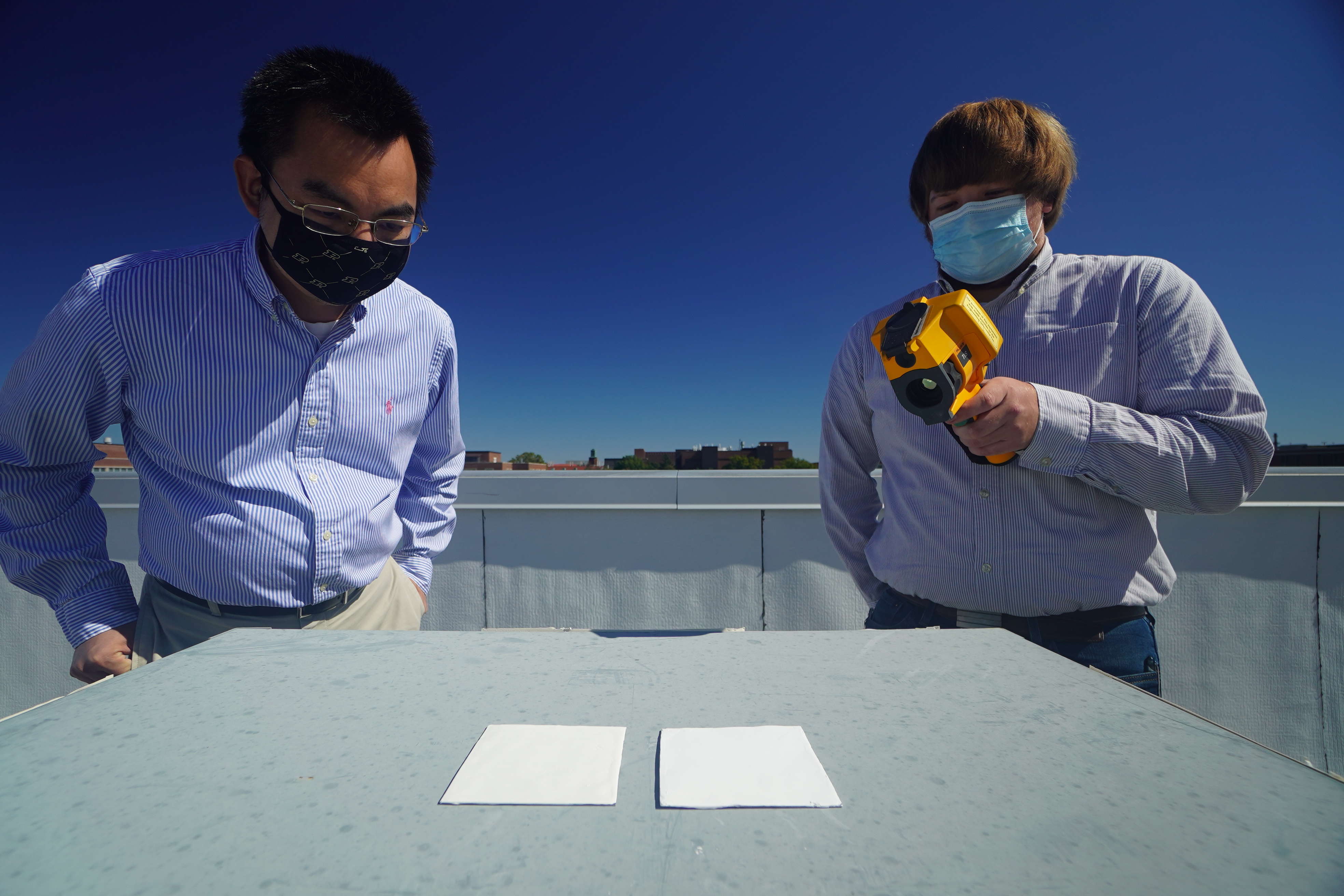 Scientists at Purdue University created the world’s whitest paint — a discovery that not only adds yet another choice to the “which white should we paint this wall” dilemma, but also might help the climate crisis.

The paint, which earned a Guinness World Records title, was developed by Purdue mechanical engineering professor Xiulin Ruan and his team of graduate students. It works through a process called “radiative cooling,” Purdue researchers showed in a published paper, which is a “passive cooling technology that offers great promises to reduce space cooling cost, combat the urban island effect, and alleviate the global warming.”

Basically, the idea is to create a paint so white that it reflects sunlight — and heat — away from a building. “When we started this project about seven years ago, we had saving energy and fighting climate change in mind,” Ruan said in a podcast episode of This Is Purdue.

They wanted to create a paint that would reflect sunlight away from a building, dramatically decreasing the need for air conditioning. And cooling down your home actually warms up the earth. According to CNBC, heating, cooling, and lighting account for 28 percent of the world’s total greenhouse gas emissions. And overusing air conditioning can overwhelm a city’s power grid and cause blackouts, which can lead to devastating consequences.

In a Queens blackout in 2006, 175,000 people were left without power, which lead to 40 deaths. This paint could effectively be an alternative to air conditioners in some places.

The white paint reflects 98.1 percent of solar radiation as it emits infrared heat, according to Purdue. It was created with a high concentration of barium sulfate, which is a chemical compound used in photo paper and cosmetics.

MIT scientists create the blackest black that has ever blacked

Regular white paint gets warmer but, because this paint absorbs heat, it is cooled below the surrounding temperature without consuming power. Covering a roof area of 1,000 square feet with the paint could create 10 kilowatts of cooling power, the researchers found.

“That’s more powerful than the air conditioners used by most houses,” Ruan told This Is Purdue.

You can’t buy the paint just yet, but, according to Purdue’s news release, researchers are partnering with a company to put the paint on the market. While individual action to combat climate change, like decreasing your use of air conditioning, can help save our planet, it’s important to note that the vast majority of the world’s greenhouse gas emissions can be traced back to 100 companies. Maybe we can douse those companies with this ultra-white paint, too — could be worth a shot.