The SnailVibe is innovative, but left me feeling sluggish 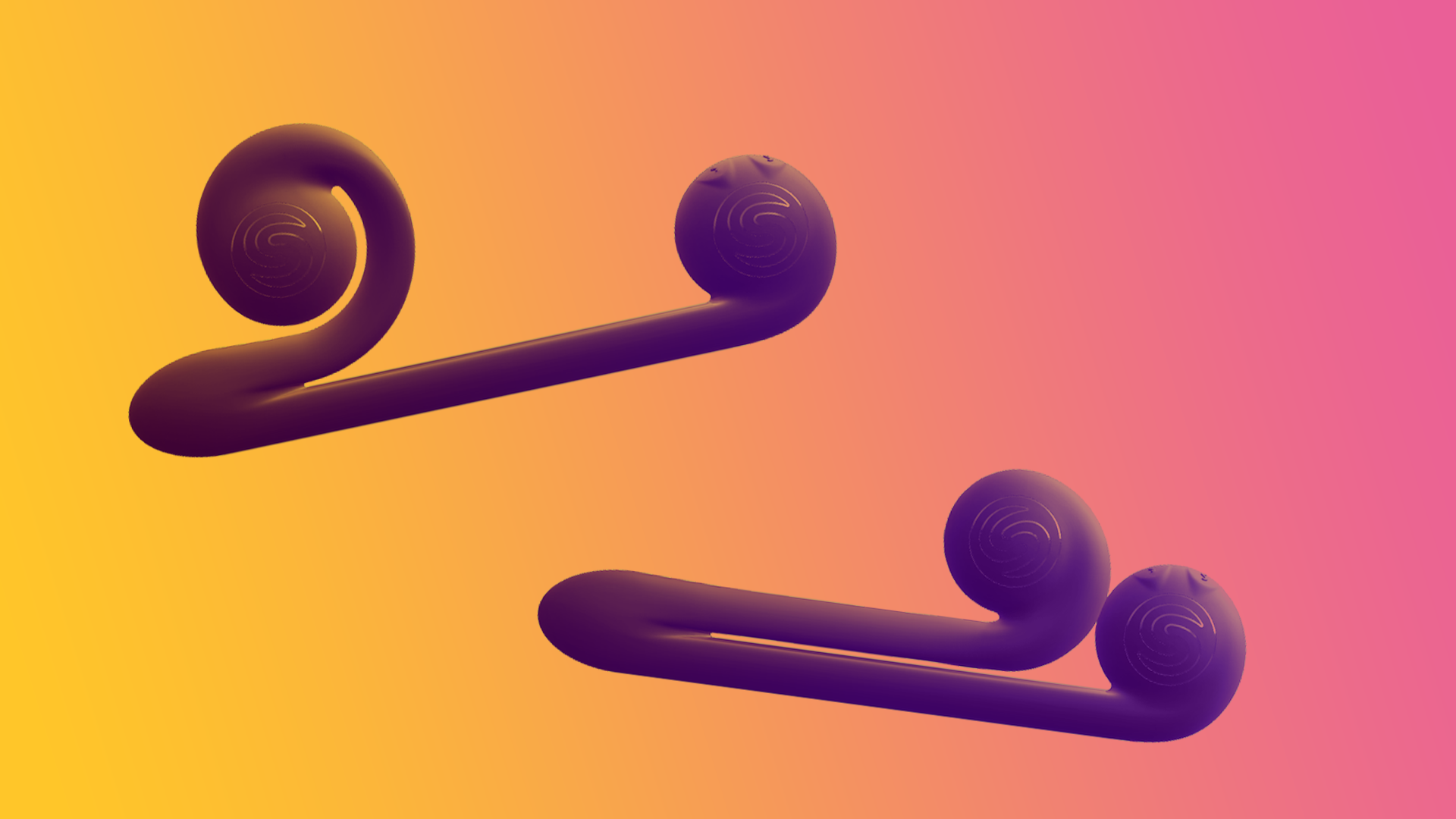 While I commend SnailVibe for being an innovative toy among a crowded market, it unfortunately didn’t “wow” me. Combined with its lack of sex appeal (in my opinion), SnailVibe isn’t worth the price for me — but read on to see if it could be a fit for you.

SnailVibe’s “shell” — or curved bulb — is for clitoral stimulation, while the smooth end (or lower arm) is for vaginal stimulation. When used internally, the shell can uncoil so the lower arm can penetrate the user further (note that this can only be used vaginally, not anally). The sphere on the far end, meanwhile, has buttons to control the toy.

If it’s a bit confusing to wrap your head around, here’s a gif that demonstrates how SnailVibe works:

The shell and lower arm each have their own motors. There are two sets of buttons — a plus sign (+) to turn the toy on or off, and an “S”-like squiggly line to change the settings — so you can control the motors independently.

SnailVibe’s package comes with a user guide that contains this helpful chart of all the settings: 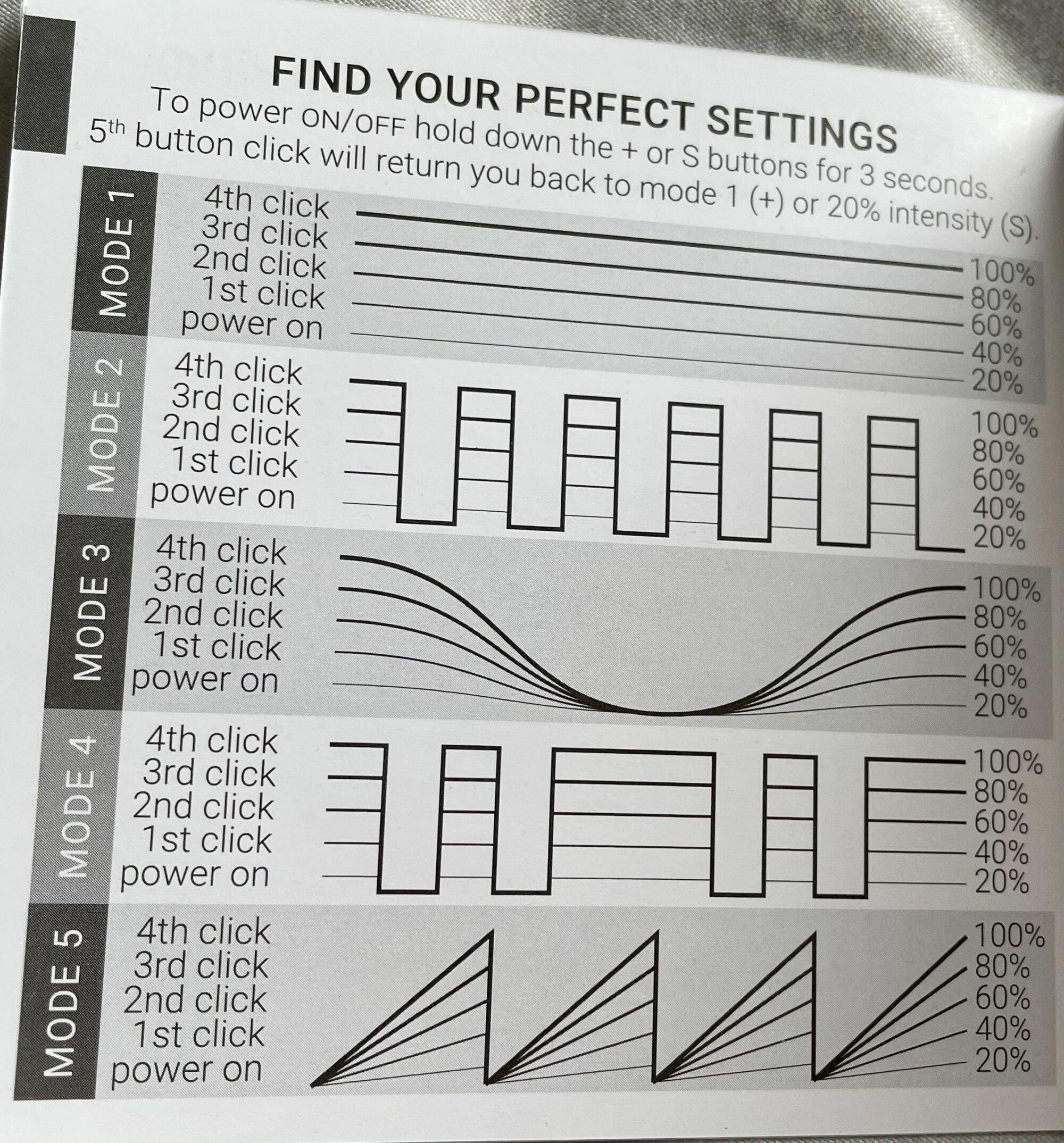 With the speed and vibration options across the two motors, SnailVibe has 600 possible combinations, according to its site.

To turn SnailVibe on or off, press either button for three seconds. Increase the intensity by pressing the + button, and switch up the kind of vibration by pressing the S button.

SnailVibe is waterproof and made of body-safe silicone. It can be submerged in water for a short period of time when cleaning the sex toy, according to the user guide. As with all silicone toys, only use either a water-based or oil-based lube, as silicone lube will degrade the material.

Charge SnailVibe via a USB; an LED light will blink until it’s fully charged, and then it’ll emit a solid glow. SnailVibe takes two hours to charge for one hour of use.

SnailVibe snagged the award for Most Innovative Sex Toy of the Year in 2020 from the adult publication XBIZ Europa Awards, and I can see why — it’s truly unique. In my time reviewing sex toys, I haven’t seen anything quite like this. Even other rabbits can look the same after a while, but none resemble escargot.

The vibe’s aesthetic weirdness may be a pro or con, depending on your own taste. For me, it just didn’t scream “sexy.” That doesn’t mean you can’t have a delightful, sensual time with it — hell, I know at least one of you has a snail fetish, probably — but it didn’t put me in the mood. I longed for the sleek, elegant look of some of my other toys.

SnailVibe intimidated me at first; I wasn’t sure what to expect.

In all honesty, SnailVibe intimidated me at first; I wasn’t sure what to expect. Original as it is, I didn’t have the best experience.

External stimulation is my jam, and whether I had the lower arm inserted or not the shell would wobble around. It was like the snail’s head was bobbing about. I couldn’t get it to stay in place unless I pressed it against myself, which was a bit annoying. At that point, I’d rather use one of my favorite clit vibrators.

Which is the best clit sucker? Womanizer vs. Lelo Sona Cruise vs. Dame Aer

The more the toy was inserted, however, the more the top head was flush against my body. Still, I didn’t find that experience too comfortable. That may not be the case for you, however, especially if you anticipate using SnailVibe for deep penetration.

Overall, while creative in design, the SnailVibe wasn’t my favorite toy. The vibe is bulky and the session left me uncomfortable. This shouldn’t be the case, especially for $160.

If dual-stimulation vibrators are your favorite, you’re looking for something new in that department, and you have the money to spare — go for the SnailVibe. It’ll certainly stand out in your rabbit collection. If one or more of those three things isn’t true, however, this could be one to skip.

Remember that my experience may not be yours. All bodies are different, and SnailVibe could be your future fave. Regardless of my experience, I applaud SnailVibe for creating an innovative toy with the trimmings — like multiple motors and the case. Perhaps if there’s ever another iteration, I’ll like it better.