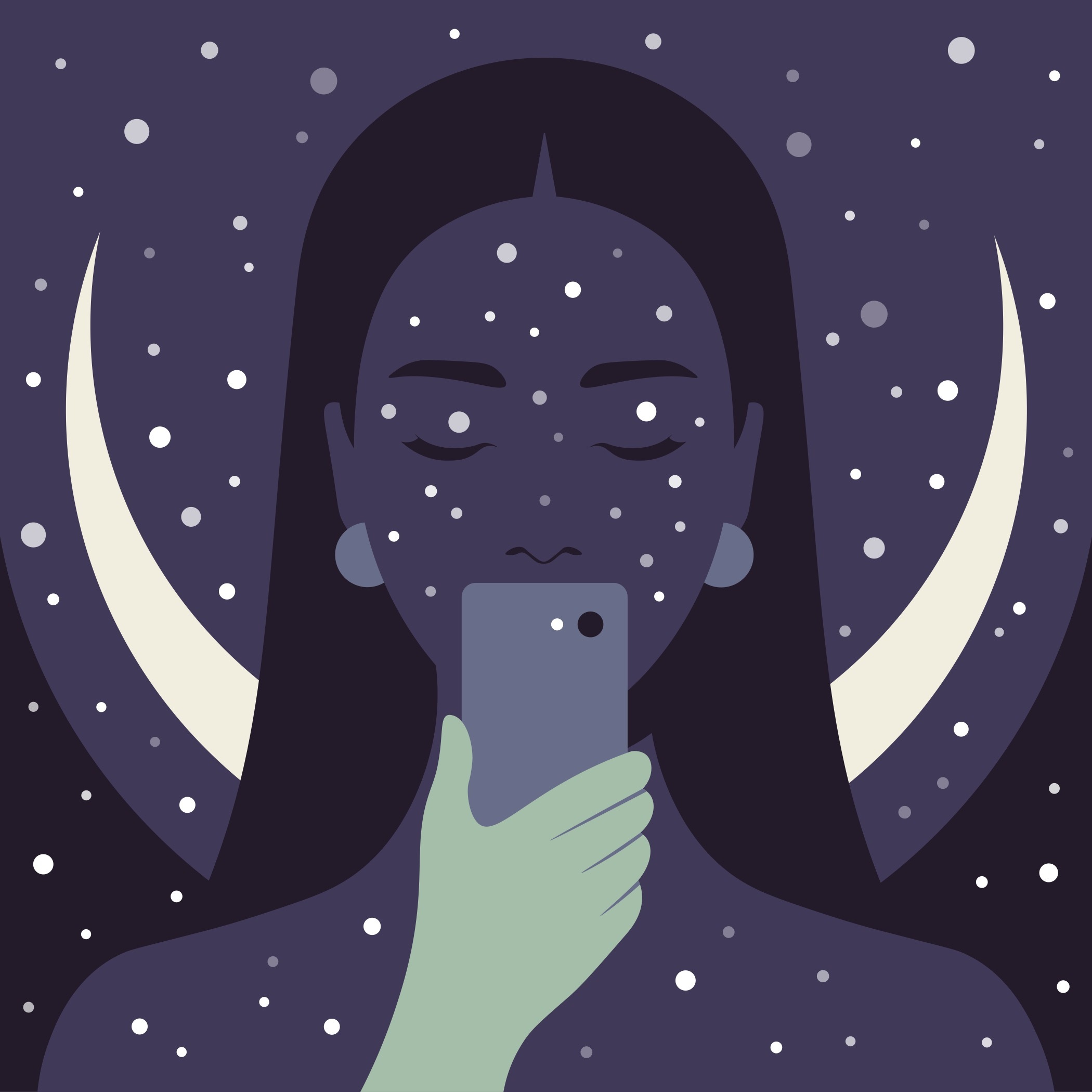 From tarot card readings on Youtube and Twitter to daily predictions on TikTok, astrology has become almost inevitable on social media.

Why is astrology so alluring? The answer lies in its accessibility: Astrology can be practiced by anyone and everyone. While astrology has been studied for centuries, the recent growth of astrology communities online has made it even more accessible for novices and skeptics alike. It’s human nature to try to make sense out of uncertainty, and astrology helps people better understand their place in the world.

For those who are new to astrology, the plethora of terms can be overwhelming. So we asked astrologers Maryaam Lewis-Herbert (ShawtyAstrology on Twitter) and Aylah Cadwell (SeeingAstrology TikTok) to break down the most common astrology terms on our FYPs and tell us what they really mean.

Lewis-Herbert first fell in love with astrology in 2017 after being recommended tarot videos on YouTube. She began teaching astrology online in 2020, and since then, she has amassed over 264,000 followers on Twitter and TikTok combined. 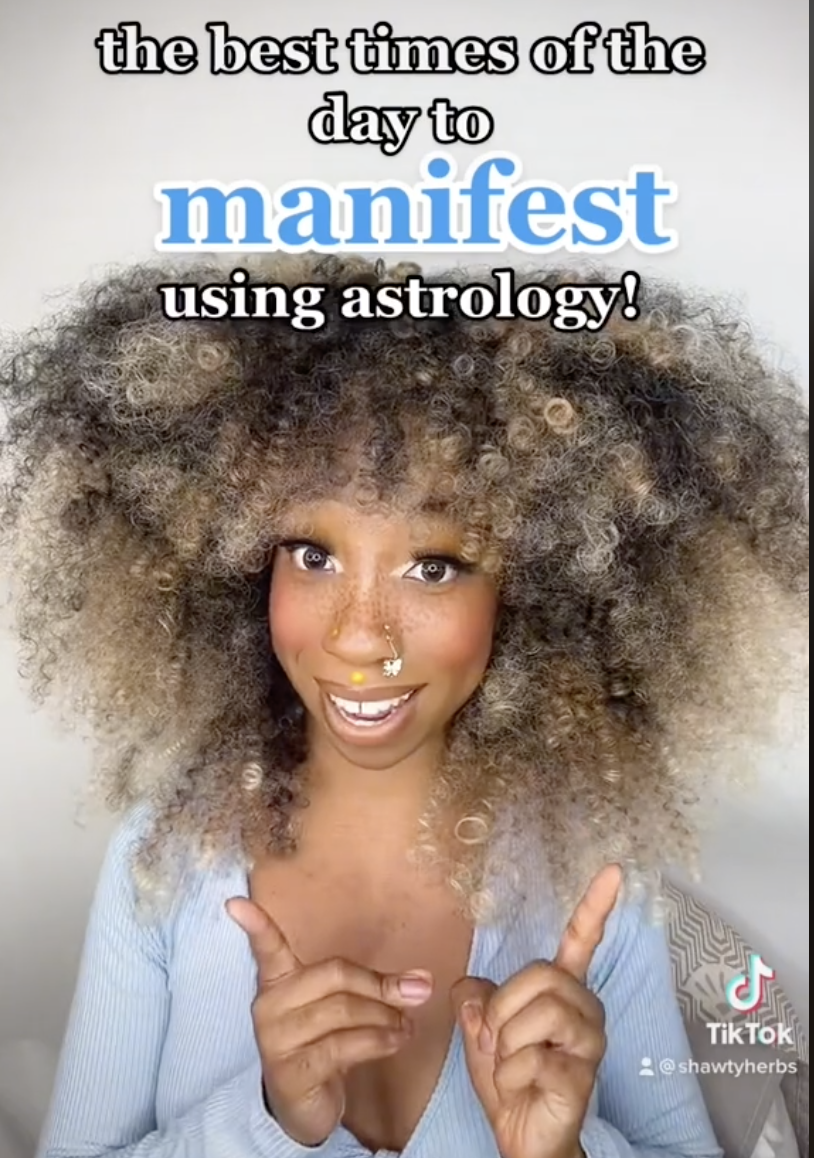 “You can track certain planetary cycles or look at transits to be able to understand certain patterns that could happen in your life, based on a certain time of the year, or whatnot,” says Herbert-Lewis. “So it’s definitely like a really good way and a really good tool to make your life a little bit easier.”

Cadwell is the creator of SeeingAstrology.com, an online platform that teaches astrology in ASL. Cadwell, who is deaf, was frustrated at the lack of accessible astrology resources for the Deaf community. Armed with the knowledge she gained from astrology books and interpreting birth charts for others, she decided to launch her own platform to provide accessible astrology for everyone.

“The goal of astrology is to find a way to tell your own story, to put the pieces together to help you see yourself as if you were reading a book with you as a main character,” says Cadwell. “You can learn how to understand yourself better or perhaps find validation and understanding for the experiences you have been through.” 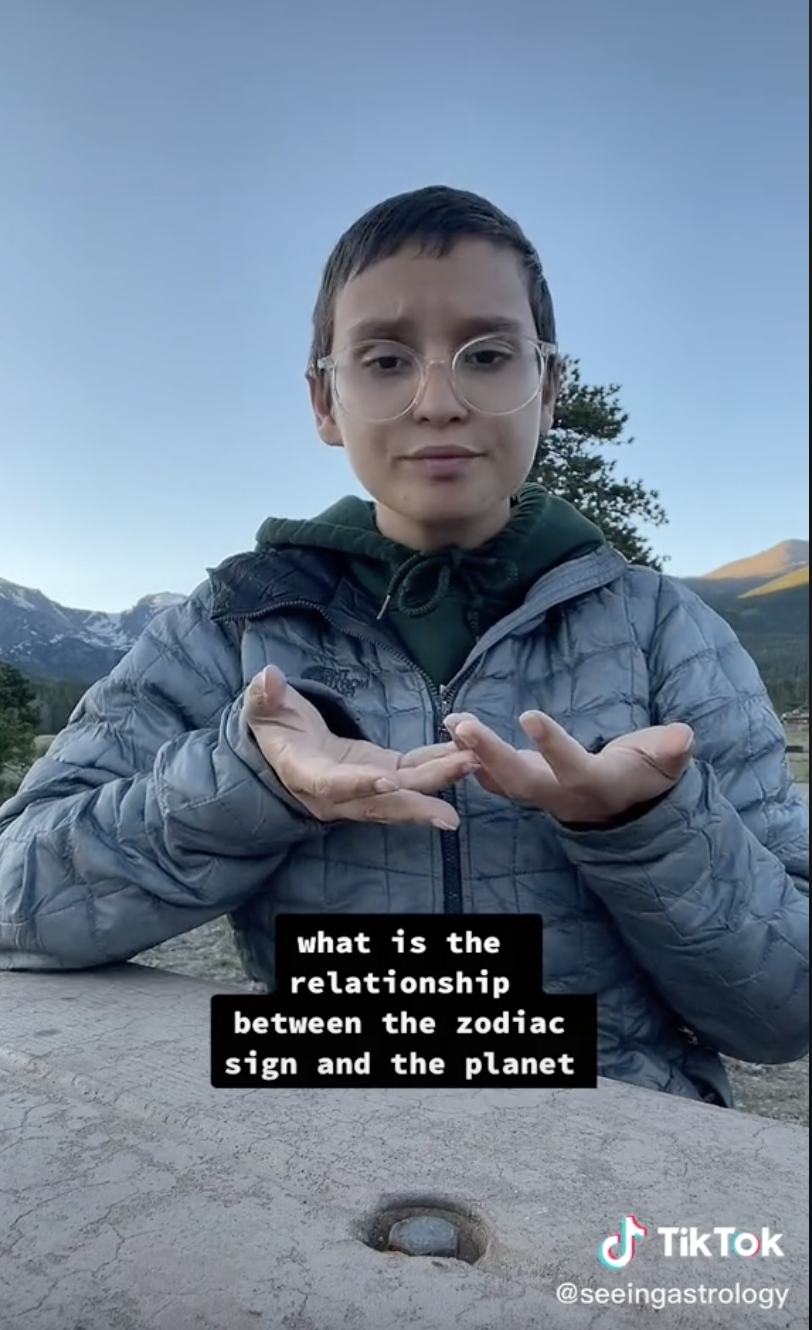 Ready to get started? This is astrology for beginners:

A birth chart is a map of the planets and constellations in our solar system at the time of your birth. A birth chart tells you which planetary houses your zodiac placements are in, and this information is used to illuminate aspects of your personality. For example, a person’s sun sign is regarded as the core of their being, whereas their moon sign is associated with one’s emotions and how they process them.

Herbert-Lewis recommends that beginners should start by studying their birth charts.

“Always start with you first because what that does is that it helps you to pinpoint certain aspects in your birth chart with certain things that you’ve experienced,” says Herbert-Lewis. “And then from there, you can apply that to other people’s birth charts or like other birth charts, just in general.”

“Degree theory adds a flavoring to your birth chart,” says Herbert-Lewis. “And I always say this to my clients, because, for example, you can have two people that both have Virgo moons, right? But they’re both going to process their feelings and their emotions differently.”

According to social media, we’re always in retrograde. But what does it really mean? A retrograde refers to the seemingly “backwards” movement of a planet in the sky. While a retrograding planet may seem to be orbiting backwards, it’s an illusion related to Earth’s orbit speed. Every planet in our solar system retrogrades, and in the astrology world, retrogrades are associated with confusion in communication and technological mishaps.

“I know some people who would strictly avoid travel during retrogrades, or some would refuse to date someone who seemingly has bad compatibility with their signs,” says Cadwell. “It is a tool for reflection; however, it is not a rule book. Astrology can help you learn how to live authentically and true to yourself, but it is not something to fuel your fear.”

A new moon is a part of the lunar cycle during which the moon isn’t yet visible to viewers on Earth. Regarded as the first lunar phase, the new moon “waxes,” or grows in visibility, up until the full moon. In astrology, new moons are associated with self-growth, kickstarting new goals and projects, and overall rejuvenation of one’s energy.

A full moon is a part of the lunar cycle during which the moon is the most visible. Following a full moon, the moon “wanes,” or decreases in visibility, up until the next new moon. Full moons are associated with cleansing, self-reflection, and letting go of negative or old energy.

While astrology can be daunting for beginners, both Herbert-Lewis and Cadwell advise people to take their time learning.

“Just be patient with yourself. Take it one step at a time and have fun,” says Herbert-Lewis.

“My advice for those who are just getting started in studying astrology is to take your time with the basics: elements, modalities, signs, planets and houses.” says Cadwell. “Once you have a very strong understanding of them, learning the complicated bits of astrology becomes easier to understand.”