‘The Afterparty’ is a must-watch whodunit for movie nerds 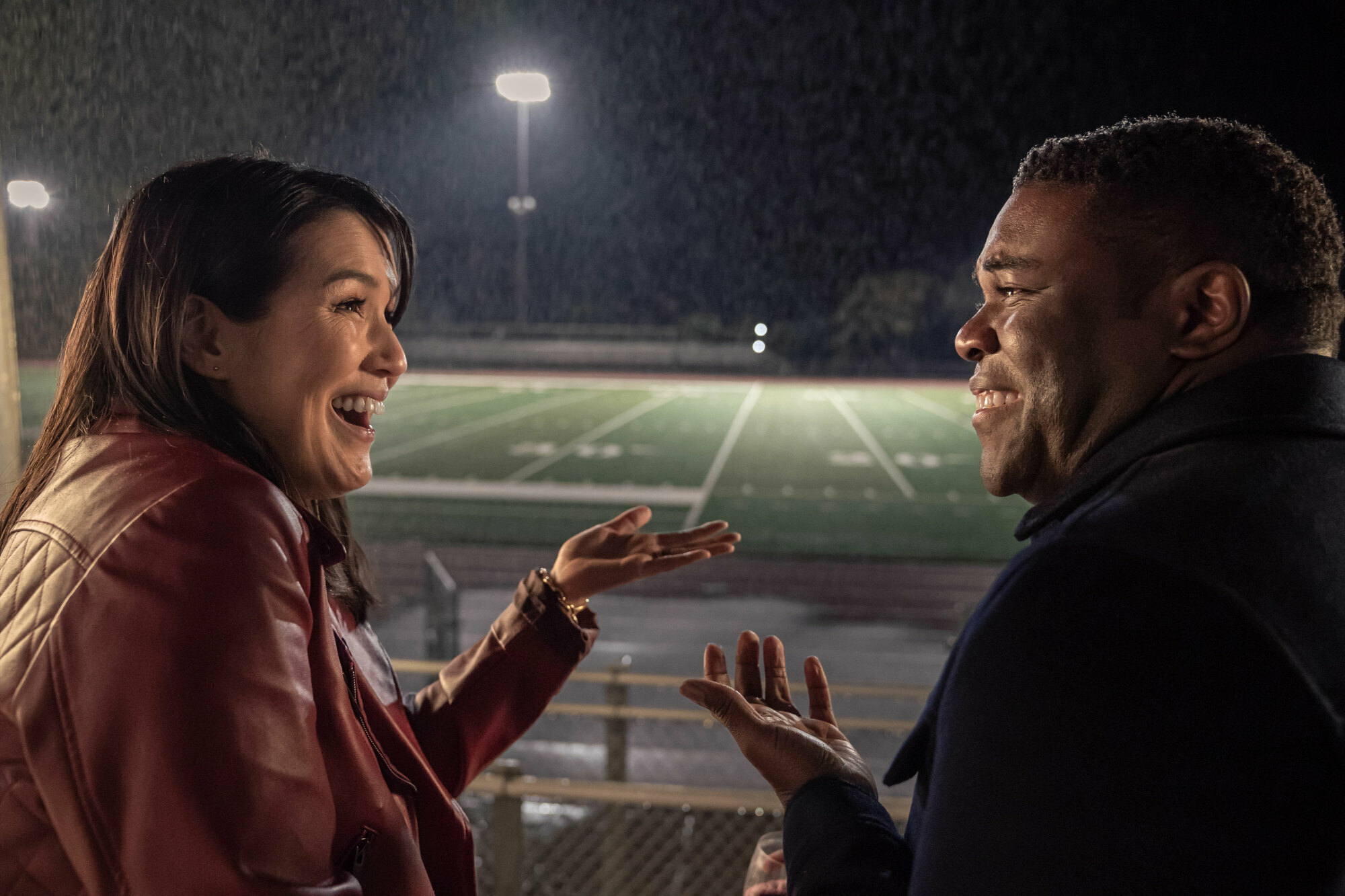 Watching The Afterparty is like a game of “spot the reference” built around an ensemble of the greatest young comedic minds of this moment.

Following a high school reunion, the afterparty at a palatial cliffside mansion becomes a crime scene when nerdy ska kid-turned-movie star Xavier (Dave Franco) dies under mysterious circumstances. Now, his former classmates are all suspects. Detectives Danner (Haddish) and Culp (Early) are on the scene, and their investigation hinges on hearing each suspect’s version of what happened.

Every episode focuses on a different recounting, but they’re all defined by an artful twist conceived by Chris Miller of “Lord and Miller” fame (aka The Lego Movie, 21 Jump Street, etc.). Every murder suspect’s story is presented as their own, personal “mind movie.” The extended flashbacks that dominate The Afterparty‘s individual chapters are fashioned after whatever Hollywood genre best fits the character’s point of view. 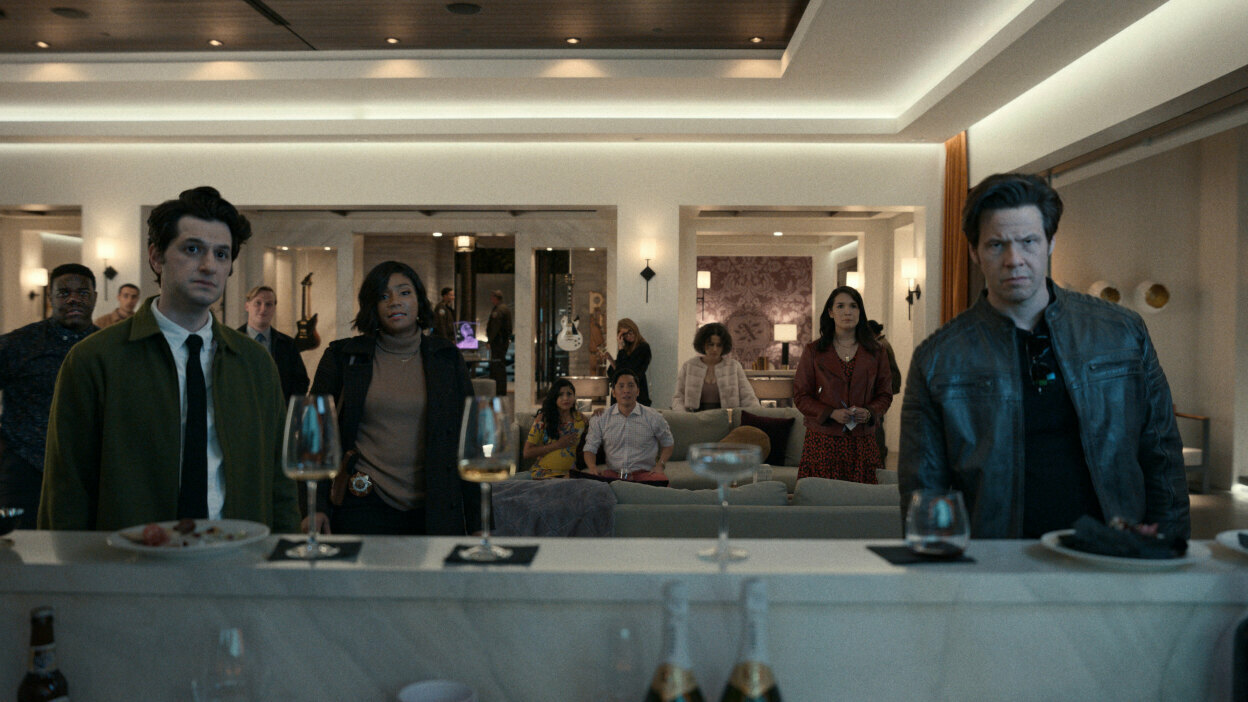 For instance, Aniq’s (Richardson) lovelorn hope for reconnecting with his old crush Zoe (Zoe Chao) turns him into the leading man of a rom-com. There’s a meet-cute and a cast of supporting players, all pulled from the ensemble, who fall into archetypical rom-com roles. Aniq’s old pal Yasper (Schwartz) is the “obnoxious but well-meaning bestie.” Meanwhile, Brett (Barinholtz) and Xavier play rom-com antagonists. The former is an ex trying to win back Zoe; and the latter is a swaggering celebrity, who oozes sex appeal.

That’s just one story, though. In the second episode, when we hear about Brett’s night, the former high school tough guy transforms from rom-com antagonist into the macho hero of a Fast and Furious-style flick. Then, when the focus shifts to Yasper (Schwartz), his dreams of making it big in the music industry come to life as a musical.

This is no mere stylistic flourish. It’s The Afterparty‘s flashy and thoroughly engaging way of reinforcing that old adage: We’re all the heroes of our own story. The genre-centric flashbacks peel back surface impressions to reveal the inner workings of each protagonist. And because every character has a role to play in their classmates’ stories, we develop an increasingly complex understanding of The Afterparty‘s spread of personalities as the eight-episode season unfolds.

Even the kindest person you know is someone’s enemy, and that dichotomy is what makes this mystery tick.

Building character development through different firsthand perspectives is a genius approach. It makes sweet, lovable, and kinda corny Aniq just as likely a murder suspect as Brett, or Yasper, or anyone else. Even the kindest person you know is someone‘s enemy, and that dichotomy is what makes this mystery tick.

This play on form builds the mystery. Because jokes aside: The Afterparty is a bonafide whodunit, delivering a growing pile of clues that challenge viewers to develop their own theories. Apple’s weekly release strategy is an asset here, creating space for viewers to spend time thinking, rewatching, and theorizing.

Like the best murder mysteries of recent years — Knives Out and Only Murders in the Building immediately spring to mind — The Afterparty is awash with addictive intrigue. It’s the kind of show you’ll want to scream about with friends, chiefly because every episode gives new information to sift through and square against what’s transpired so far. It’s also just a delight to pore over with its piles and piles of consciously referential story patterns, plot contrivances, and performances.

The gauntlet of mind movies also gives each suspect a chance to shine as their best and funniest self. From Broad City, Glazer brings her grounded stoner quirkiness and ability to make any moment a slapstick riot. Barinholtz is clearly channeling jerk-bros similar to his turn as Frank “The Body” Gibiatti on FX’s The League. But his own episode’s fixation on family goes beyond the Fast/Furious reference to highlight an innately wholesome and loving person, which fans of his turn on The Mindy Project will recognize instantly.

Haddish has her star power moment in an episode that riffs on Training Day, exploring her character’s past and relationship with police work. The Girls Trip breakout, who has since gone on to showcase her talents in a varied lineup of roles and genres, slides easily into this colorful cast of characters as she melds her innately big personality with Danner’s disillusioned yet committed homicide detective. 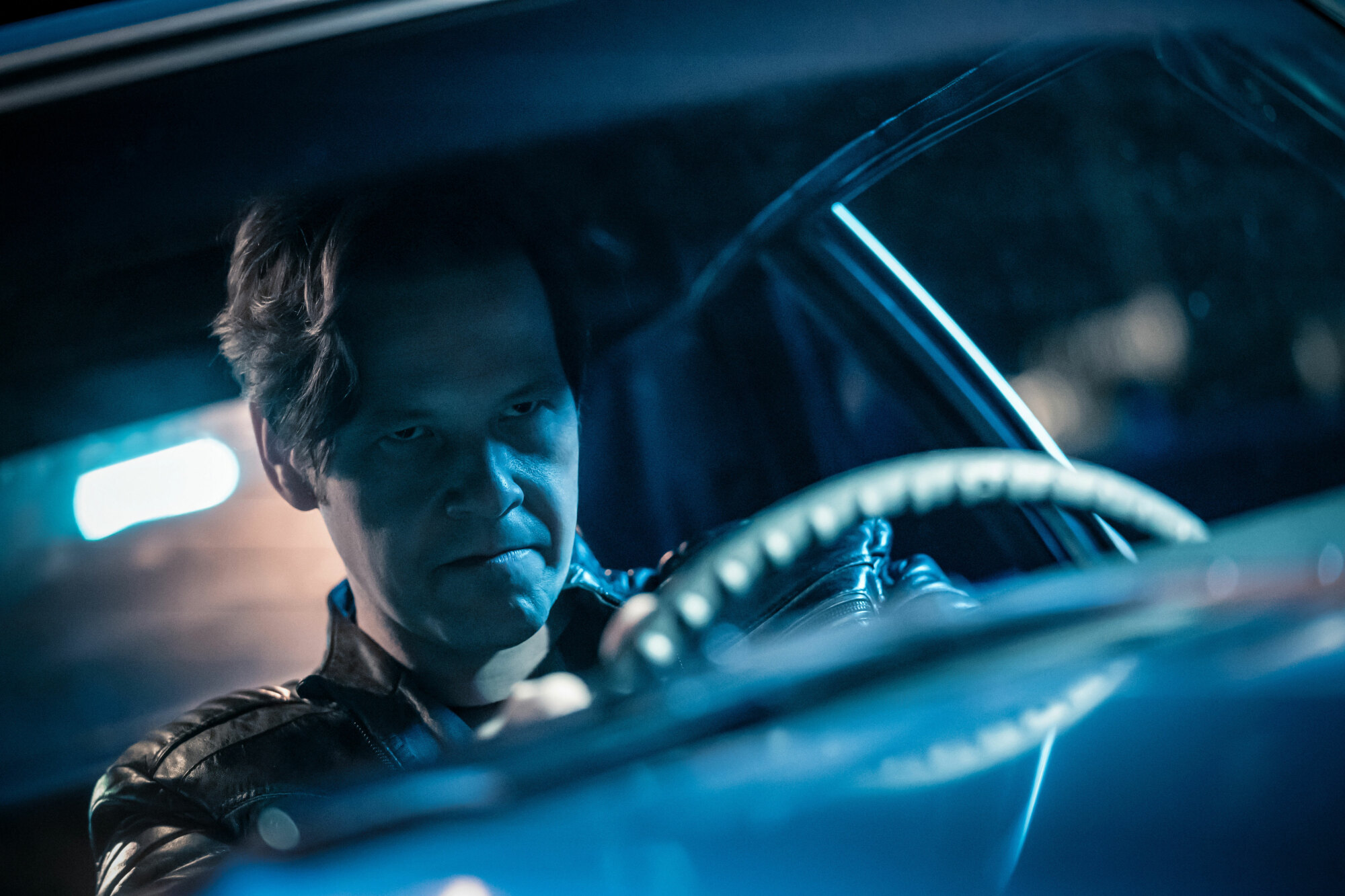 With this dizzying lineup of talents cycling into lead roles, it’s nothing less than shocking that Richardson’s lovably hilarious performance as Aniq stands out so vividly. That isn’t a knock on the Veep and I Think You Should Leave fave at all. To be clear; Richardson is a talent with simmering star power, which he demonstrated in 2021’s excellent horror-comedy, Werewolves Within. But did you see who else is in that cast??

Part of it is the place he occupies in the ongoing story of an unraveling mystery. While Danner is the detective doing the questioning, Aniq is the star of The Afterparty‘s central plot thread. He’s the first character we’re introduced to in the opening scene and, as Danner’s principal suspect, his perspective is also the only one we follow outside of the flashbacks — as he tries to solve the mystery and clear his name. But Richardson rises to the occasion as well, and he confidently leads the way as the story twists and turns in wild directions.

Apple hasn’t revealed the finale to critics yet, but this seems like a murder you can solve yourself if you take the time to put the pieces together and reason things out. Lucky us. It hasn’t even been a month since Yellowjackets ended.

10 ‘Yellowjackets’ theories keeping us up at night

But this puts Aniq in an awkward spot for the finale’s eventual killer reveal. So much of this story is built around unraveling the ways an unreliable narrator can re-shape our understanding of true events. What if Miller’s final joke is the one he plays on us when it’s revealed that Aniq’s adorkable sweetie has been lying the entire time?

We instinctively bond and identify with relatable protagonists like him, and Richardson’s innate talents serve him well in that role. So turning him into a falsehood-peddling murderer as a last-minute twist would be an appropriately hilarious and loving “fuck you” to the audience that’s been rooting for him all along. Would we riot? Yes. But would such a turn make sense? Also, begrudgingly, yes.

The Afterparty is a successful murder mystery because it keeps us guessing until the very end. Its forays into the mind of each suspect effectively muddy every fact we pick up along the way. For all the formal flights of fancy into genre play, the central whodunit is what will keep you coming back. Even in a riot-worthy scenario where Aniq is our killer, this is a very special show from one of the most inventive filmmakers working today, and another big reason to keep tuning in on Apple TV+.

The Afterparty‘s three-episode premiere comes to Apple TV+ on Jan. 28, with new episodes each Friday.