‘Orphan: First Kill’ review: A cunning horror prequel with dark laughs and its own sick twist 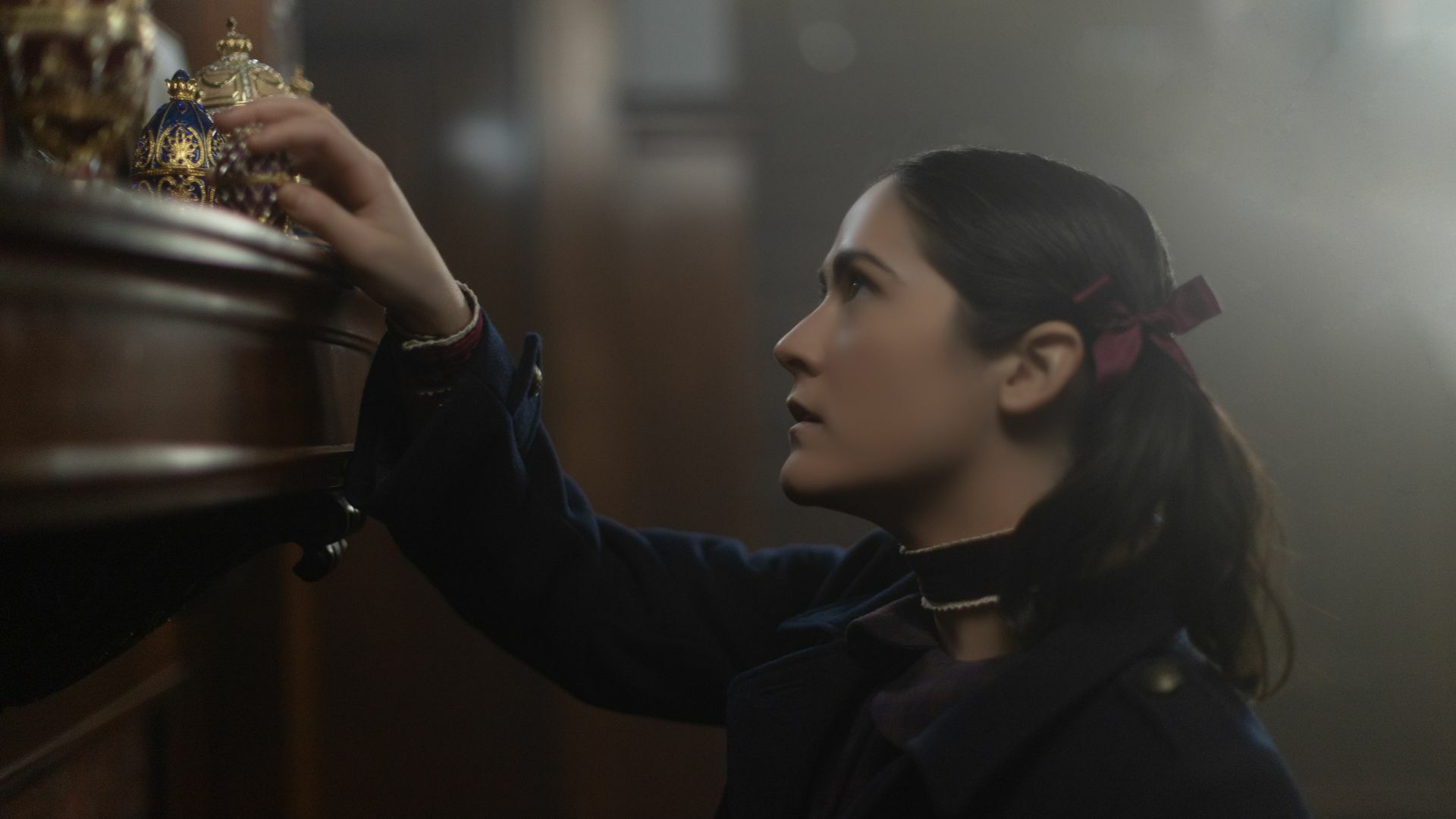 It’s flat-out preposterous that Orphan has gotten a sequel.

Sure, the 2009 horror-thriller about a pint-sized killer thrived at the box office and swiftly earned a reputation among horror fans for its chilling performances — and especially for that absolutely bonkers twist ending. But it’s 13 years later. For starters, how do you bring back 9-year-old Esther when the child actor who played her, Isabelle Fuhrman, is now a fully grown adult?

Well, whatever mix of visual effects, camera tricks, and dark magic has been employed here, Orphan: First Kill deftly resurrects their charismatic killer as she was when we first saw her way back in 2009, wrist ribbons and all. Still, this is just the first in a series of dizzying challenges the filmmakers face in a freaky follow-up. 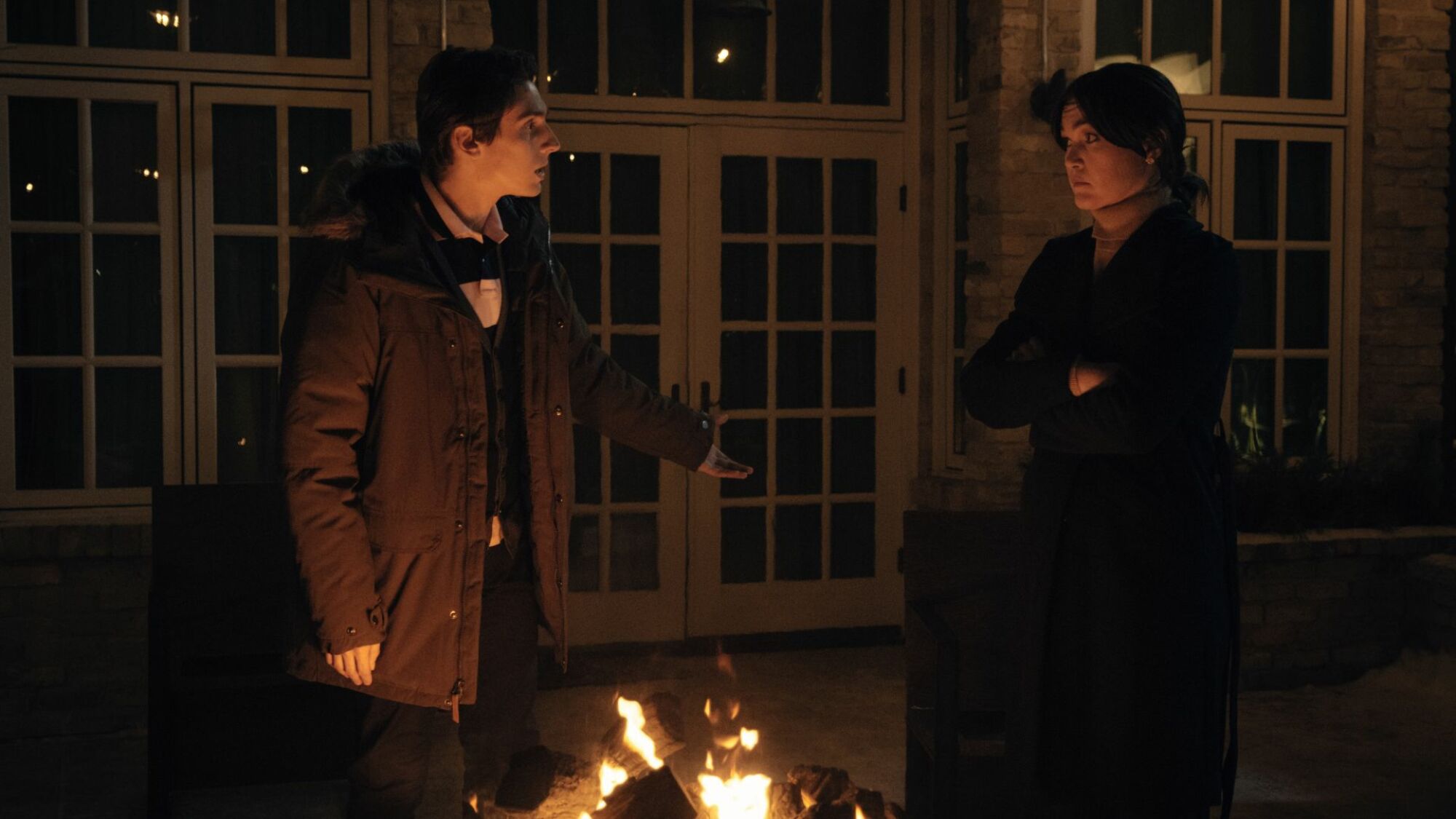 For instance, how do you make a horror sequel when your killer met a gnarly demise in the first movie’s finale? Screenwriters David Coggeshall, David Leslie Johnson-McGoldrick, and Alex Mace could have pulled some undead slasher schtick for First Kill and have Esther and her broken neck rise from the bottom of that lake, Jason Voorhees-style. Instead, they took a cue from the endlessly entertaining Fast and Furious franchise and made a prequel. Like Fast Five, Orphan: First Kill races back to before the fatal conclusion to revel in what wild misadventures came before for a character too fun to stay dead.

8 reasons ‘Evil’ is the wildest show you’re not watching

Orphan: First Kill zeroes in on the doomed adoptive family briefly mentioned in the first act of Orphan and the events leading up to their fiery demise. (“The family that brought her to America died in a house fire. Esther barely got out.”) This leads to yet another storytelling hurdle; it’s difficult to maintain tension and keep spoiler-phobic viewers engaged when there’s a forgone conclusion. Perhaps most importantly, how do you make First Kill as fun when such a massive part of the original’s pleasure was the shocking reveal about Esther’s real age and identity?

To put it simply, Coggeshall and crew pivot. 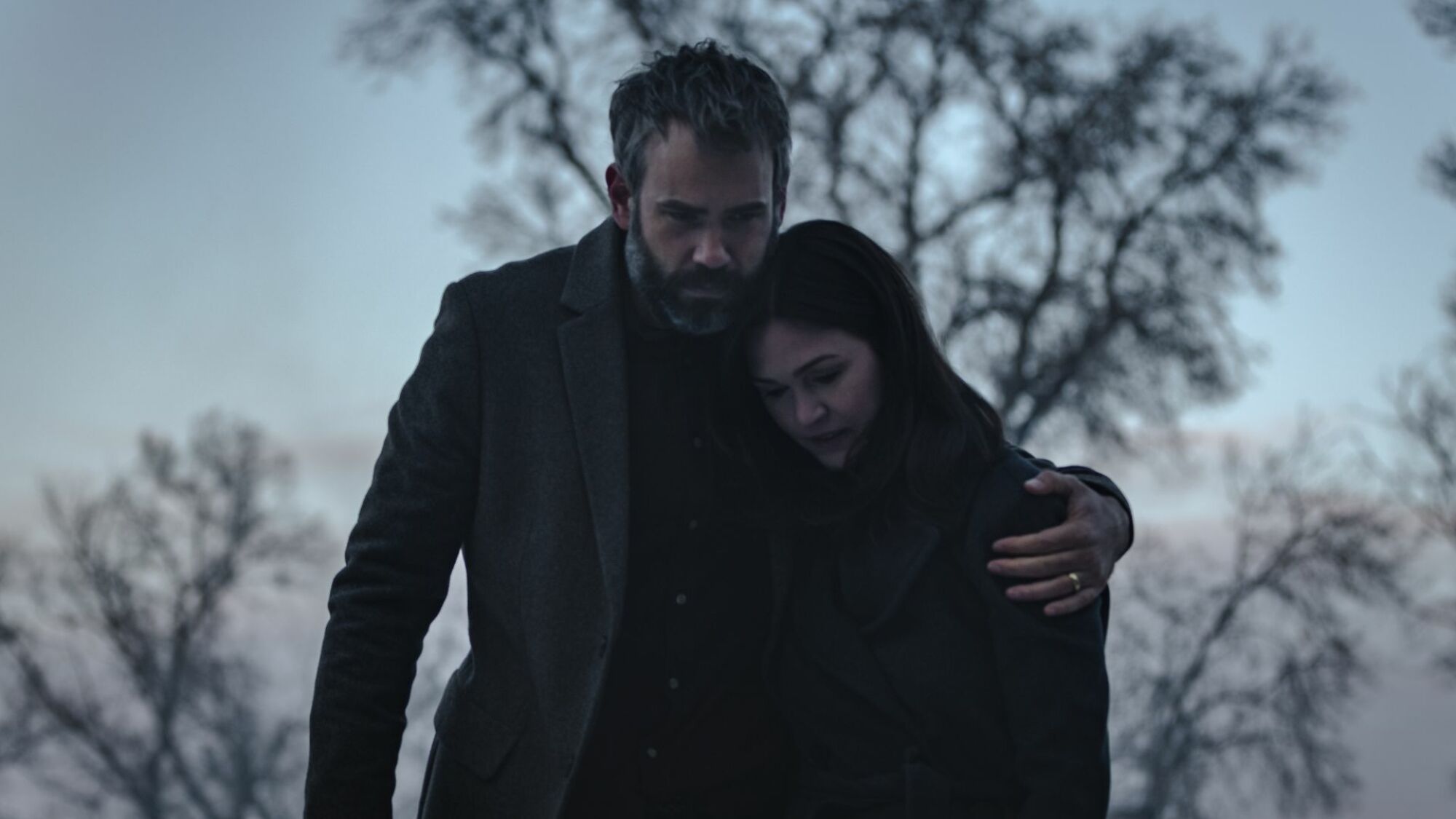 Whereas Orphan centered on a grieving mother (Vera Farmiga) growing steadily more suspicious of her eccentric adopted daughter, Orphan: First Kill focuses on Esther (aka Leena Klammer) and offers a sort of explanation for her whole deal. Julia Stiles swans in as Tricia Albright, another mournful mom who is all too eager to whisk the tragic orphan into her expansive home and complicated family, but this familiar set-up is actually a bait-and-switch meant to make us root for Esther.

The requisite horror sequel slaughter happens in an opening sequence at the notorious Saarne Institute. Notably, the first kill shown is not a bratty child or caring nun but an odious pedophile who aims to take advantage of Esther’s confinement. This is a kill that’s easy to root for. From there, Orphan: First Kill begins to steadily reframe Esther as a survivor who will do whatever she needs to “be free.”

Her backstory now includes allusions to the tough life she endured before landing in the Saarne Institute, suggesting she’s not bad, just broken. Once she nestles into the Albright home, there are flashes of Esther sincerely trying to connect. Showing her capacity to care, she makes a pet of a mouse that skitters through the vents. She relishes the chance to paint with her new dad, played by Rossif Sutherland. And, as she will in Orphan, she falls head over heels for him. Because Esther has a type, and it’s Daddy.

Say what you will about her whole murder spree thing, but the girl has got taste. 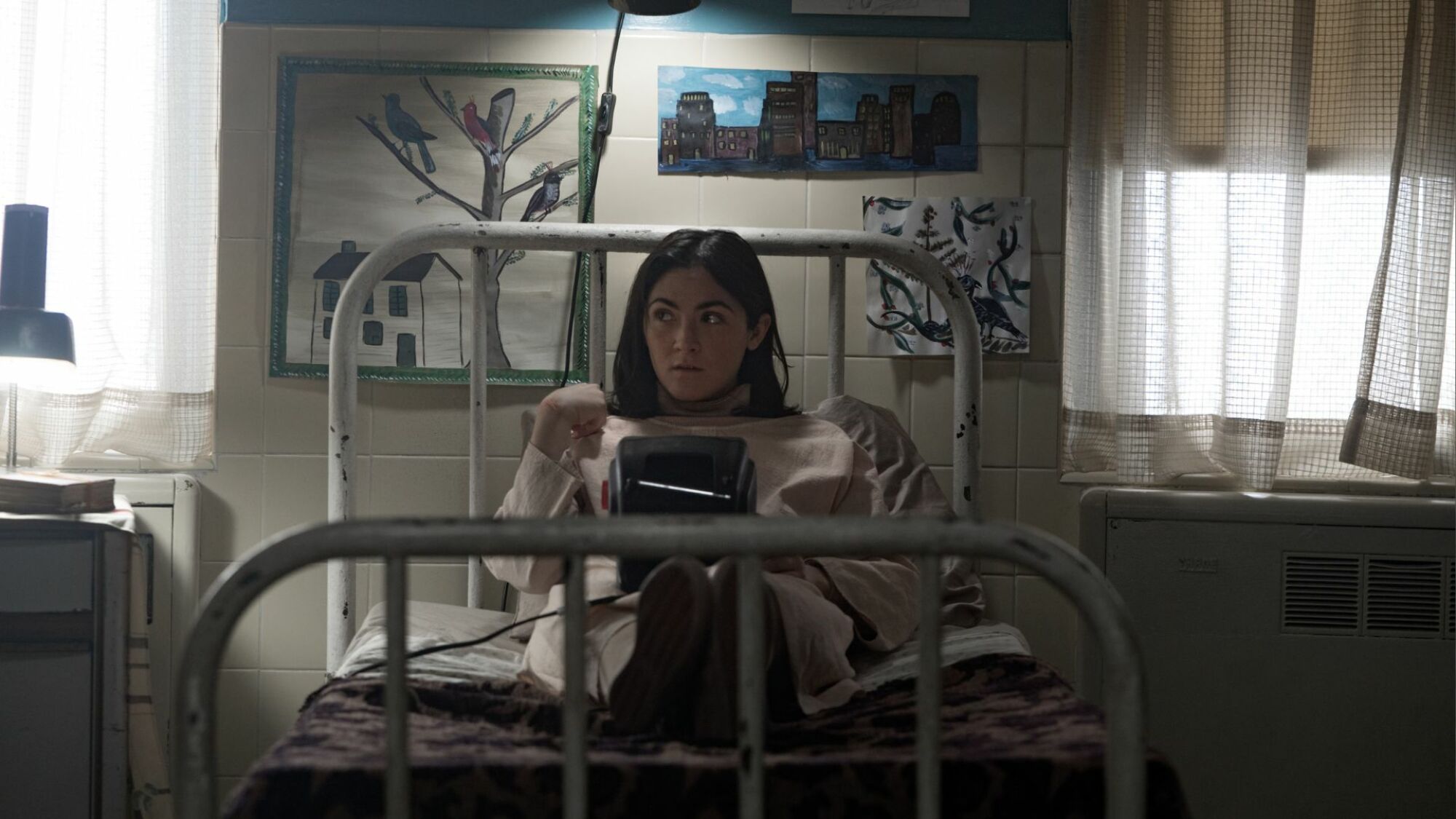 All these efforts to urge empathy with Esther are in service to a mid-movie twist, when her secret comes out and a ferocious battle of wills ensues. Your mileage may vary on how much redemption Esther earns, but whoever you’re rooting for in the final act, you’ve got to give Fuhrman credit. She’s giving her all once more.

Slipping back into that Lizzie Borden dress, her face set with that menacing glare, it’s like no time at all has passed — even if, yes, she does look a wee bit more mature. Her masquerade of childish joy and practiced politeness are honed to razor sharpness. So, when the mask drops — be it in fury, frustration, or frenzy — it’s exciting, even if it is expected.

Likewise, when Esther manipulates a family who is searching for their long-gone daughter, director William Brent Bell urges us to enjoy the illicit thrill of this deception through the savage strategy at play. Later, he leans into the macabre glee with playful music cues. In one particular scene, Esther is particularly feeling herself while wearing lipstick and smoking a cigarette; armed with these adult props, she briefly appears as the heroine she might imagine herself to be, all the while the Flashdance anthem blares a comedically on-the-nose warning. Later, as she blithely leaves the scene of the crime, Jimmy Durante carelessly croons over the carnage, “That’s the story of / That’s the glory of love“ in a clear Orphan callback.

How does Orphan: First Kill compare to the original? 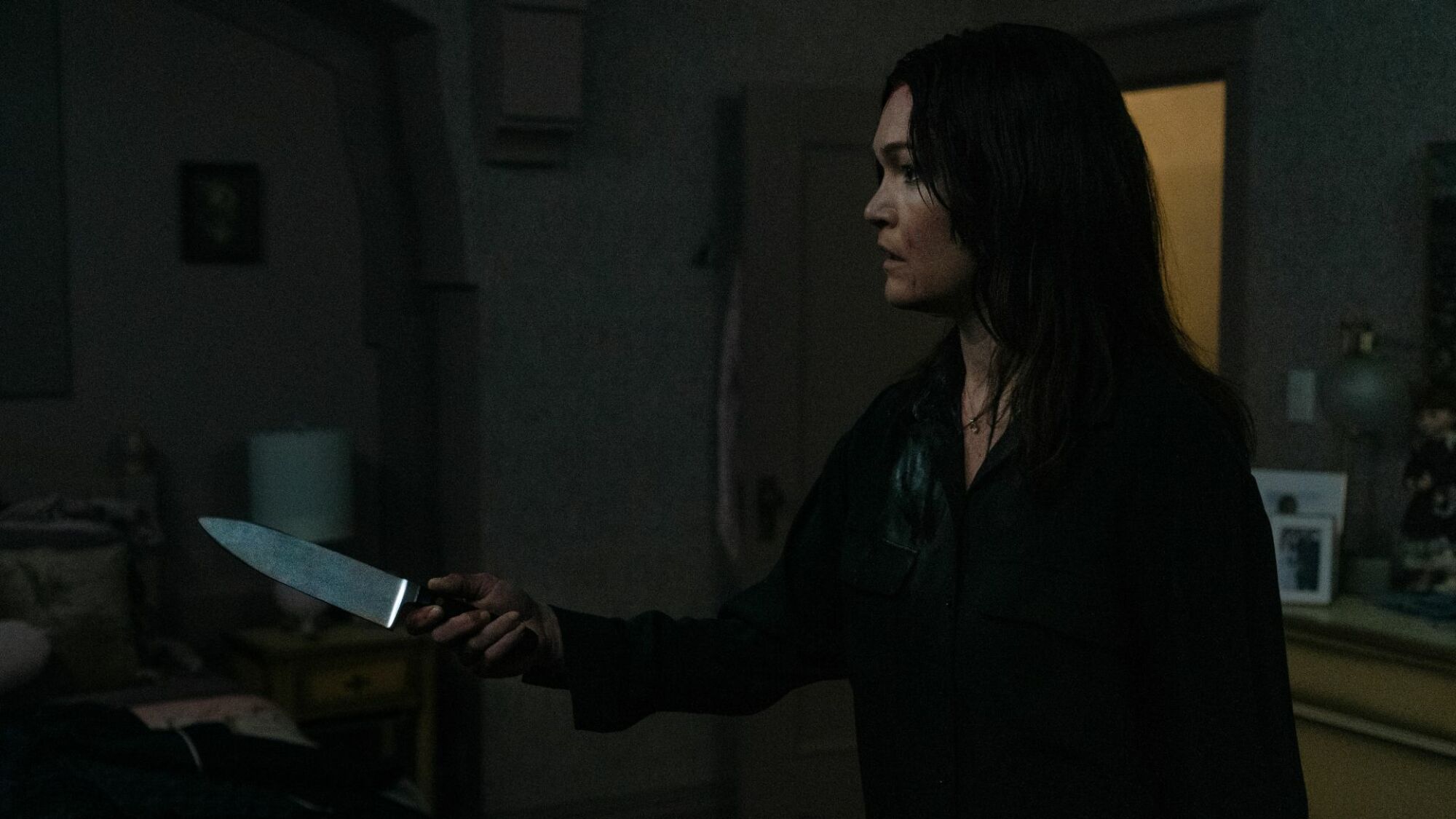 This sinister sequel can’t compare to its older sister flick, but it’s not without its own ghoulish goodies. Fuhrman is wickedly entertaining in her repulsive reprisal. The turnabout of concept and tone is clever, shifting from a retread of Orphan to a re-imagining of its titular terror with a knowing wink and an unapologetic thirst for chaos.

But, look, there’s no beating the reveal in Orphan when Esther is discovered and immediately goes after Peter Sarsgaard. While the midway twist in First Kill is shrewd, it can’t compete. Perhaps hardcore fans will delight in discovering the origins of Esther’s name, her love of black-light painting, and her appreciation for fatally bludgeoning well-meaning social workers. However, much like the origins of Han Solo’s last name in Solo, there are no earth-shattering reveals here.

Also frustrating is this prequel’s predilection for repeating plot points, including (but not limited to!) Esther targeting a family who’s lost a daughter, her lust for an arty (and oblivious) dad, her battling with a brother who declares her a “freak,” violent bathroom freakouts, a jarring f-bomb drop, and spying on her adopted parents having sex. Perhaps this collection of callbacks is meant to trigger a familiar thrill, but so many references packed into so much of the runtime means audiences just might tune out before Orphan: First Kill pulls its first big switch.

Orphan: First Kill opens in theaters, on digital, and streaming on Paramount+ on Aug. 19.