A speeding object collided with Jupiter and blew up, cool space footage shows 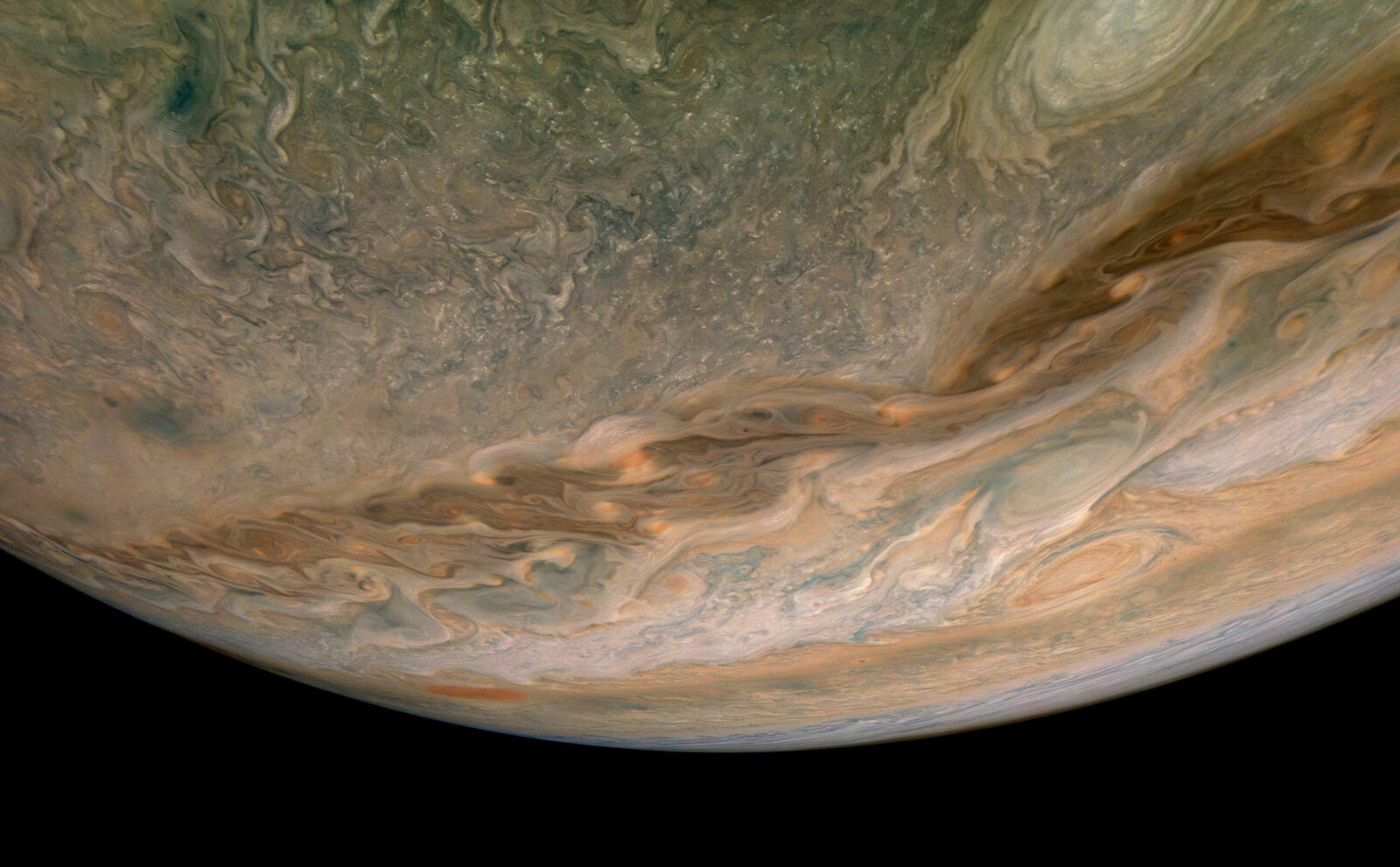 An asteroid or icy object collided with the gas giant Jupiter on Sept. 13, where it eventually blew up in the planet’s thick clouds. A Brazilian space photographer, José Luis Pereira, captured the rarely-seen solar system event, which is shown in the intriguing footage below.

The object was around dozens of meters across (possibly some 120 to 160 feet wide, maybe more, maybe less). Traveling at a high speed, it journeyed deeper and deeper into Jupiter’s heavy atmosphere, where it experienced strong friction and heated up as it fell through the planet’s clouds.

“At some point it exploded,” said Peter Vereš, an astronomer at the Center for Astrophysics-Harvard & Smithsonian, a collaborative research group between the Smithsonian Astrophysical Observatory and the Harvard College Observatory.

The resulting one or two-second flash is similar to the bright flash sometimes seen on Earth when a decently-sized asteroid blows up in the atmosphere, a phenomenon known as an “airburst.” In 2013, for example, a powerful airburst occurred when a rock some 56-feet wide exploded over Russia, releasing “30 times the energy released by the Hiroshima atomic bomb,” the European Space Agency said.

Now days after the event, astronomers don’t think the object could have been too large (say, more than some 330 feet across, or 100 meters) because the impact would have left lasting holes in Jupiter’s clouds. In 1994, for example, massive chunks (some half-a-mile wide) of the broken-apart comet Comet Shoemaker–Levy 9 left giant gashes in the Jovian atmosphere that lasted for months.

“It blew these giant Earth-sized holes in the clouds,” explained Paul Byrne, an associate professor of earth and planetary science at Washington University in St. Louis. But Jupiter, which is 11 times wider than our planet, wasn’t significantly disrupted by this much smaller, most recent collision. “Jupiter is so big that it can shrug this off,” Byrne said.

Yet the impact, and resulting explosion, certainly produced a bright flash. Astronomers and other researchers use this brightness to gauge the size of an impacting object, explained Cathy Plesko, a scientist at Los Alamos National Laboratory who researches asteroid and comet impacts. A larger object creates a more energetic explosion, and flash.

(Even tiny objects produce vivid flashes. The common shooting star is a rice-sized meteor burning up in Earth’s atmosphere. “That’s pretty bright for a grain of rice,” Plesko said.)

If a scary asteroid will actually strike Earth, here’s how you’ll know

Objects often hit Jupiter. It’s a big target with a strong gravitational pull. But it’s less common for someone to record it, like the photographer Pereira (amateur astronomers, vigilantly watching the skies, have captured some impacts on Jupiter before). What’s more, Pereira accomplished this with an amateur telescope, not via a powerful space observatory. “It’s really an incredible achievement,” noted Byrne.

The impact footage shows that our solar system, now at some 4.5 billion years old, is still a bustling, dynamic place. Sure, there aren’t nearly as many giant rocks regularly crashing into one another, like early on in the solar system’s chaotic development a few billion years ago. But collisions (sometimes large) still happen.

“It’s calmed down a lot, but it’s not quiet,” said Byrne.

This reality is a poignant reminder that threats to Earth, particularly from asteroids, loom in the solar system. This is cause for concern, but not alarm, emphasized Byrne. NASA, federal agencies, and global organizations are currently surveying the solar system for potentially threatening objects. The biggest rocks — half a mile wide or larger that can trigger major extinctions on Earth — are well accounted for. So far, NASA has located about 90 percent of these big boys. “We think we know where the big ones are,” said Plesko. None that we know of, fortunately, pose an imminent threat to Earth anytime soon.

“It’s extremely unlikely something giant will come out of nowhere and hit us,” said Byrne.

But many smaller rocks remain a threat. As Mashable previously reported, scientists estimate that thousands of Near Earth Objects (objects in Earth’s neighborhood) wider than 460 feet have yet to be found. These rocks can devastate urban areas. An asteroid believed to be some 100 to 170 feet across left a 600-foot-deep crater in Arizona 50,000 years ago. “A similar-size impact event today could destroy a city the size of Kansas City,” David Kring, an impact expert at the Lunar and Planetary Institute, told NASA this year.

That’s why NASA is planning a historic test of our ability to redirect a “small” asteroid (525 feet across) in 2022, an experiment called the DART mission. The DART spacecraft is designed to slam into the asteroid, slightly altering its course.

Indeed, rocks abound in our solar system. A relatively small rock burning up in Jupiter’s atmosphere is a run-of-the-mill happening in our space neighborhood. But it’s fascinating to see. And it helps astronomers gauge exactly what’s out there, hurtling through our solar system.