A guide to all the Bama Rush slang on your FYP 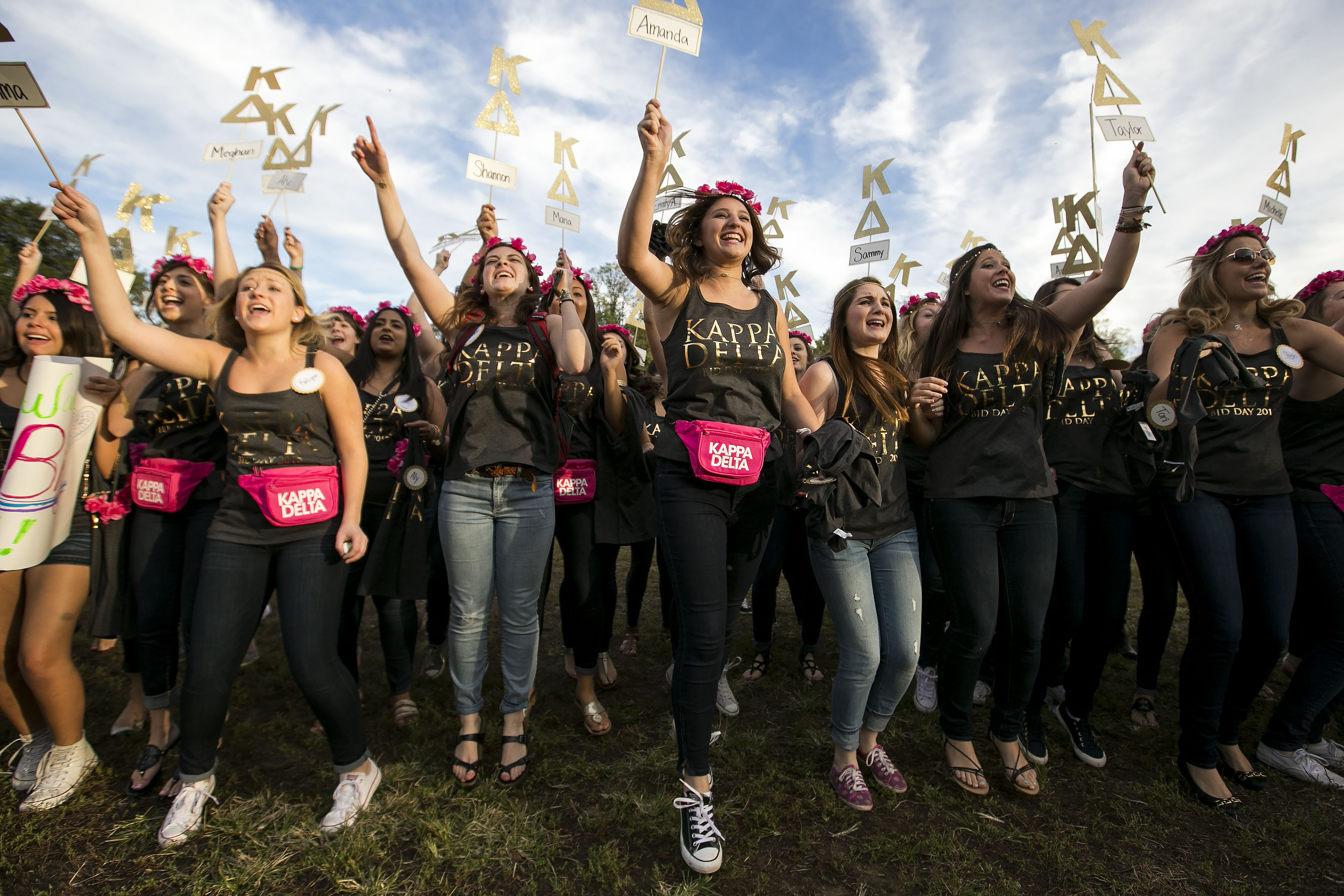 University of Alabama sorority rush season has officially started, which means it’s taken over TikTok for the second year in a row. If your FYP is inundated with Bama Rush, but you’re feeling overwhelmed by the ins and outs of recruitment, we’ve got you covered. Here’s all the must know slang of #RushTok, explained.

Alabama rush TikToks are huge, but they also remind us of sororities’ racist, elitist culture

Rush is slang for sorority recruitment week, which is when girls familiarize themselves with the different Panhellenic sororities on their college campus and attempt to join them.

PNM is short for “potential new member.” These are the girls who are not yet in sororities and are looking to join one.

Actives refers to active members, or the people who are already in sororities. Actives are the ones recruiting PNMs, so they interact with them during rush and ultimately decide which PNMs will make it to the next round.

Recruitment counselors are actives that disaffiliate from their sororities during rush to help PNMs. Depending on the campus, they are also referred to as Rho Chis, Pi Chis, or Gamma Chis.

Every day of rush is a called a round, and as recruitment progresses, the rounds become more formal and more exclusive. Each round has a different theme, like sisterhood or philanthropy. After each round PNMs rank their favorite chapters, and actives vote on which PNMs will be invited back.

This one is easy enough to explain. Each round consists of parties at different chapters. On the first day of rush, PNMs will attend every party, and by the last day of recruitment, it will be narrowed down to only one or two chapters.

When a PNM isn’t invited back to a sorority during rush they are “dropped” from the house.

Usually one of the earlier days of recruitment, sisterhood day is when representatives from the chapters deliver presentations and address conversation topics that focus on their chapter’s unique sisterhood and culture. A sisterhood encompasses the bond members of a sorority share and the events the chapter hosts for its members.

Philanthropy is the round after sisterhood, where the chapters explain the cause(s) they support. The round is also referred to as philo.

A bid is the formal invitation to join a sorority.

On bid day, PNMs find out which sorority they’ve been invited to join, and it culminates in a themed party at the sorority house.

Work week is the week before recruitment, when actives practice.

Legacies are girls who have a familial connection to a sorority. Typically, they have a mom or sister who was also in the same sorority.

While PNMs are at a party, they will talk to several different active members of the chapter. When one active member interrupts another active member to start talking to the PNM, that’s called bumping. Bumps are pre-planned and typically follow a rehearsed script.

Exec is short for executive board, which is the dozen or so people in charge of each chapter.

Dirty rushing is any sort of action taken by an active or a chapter that violates the rules of their campus’ recruitment. One example is an active promising a PNM a bid.

A pledge class is all the girls that join a chapter during the same semester.