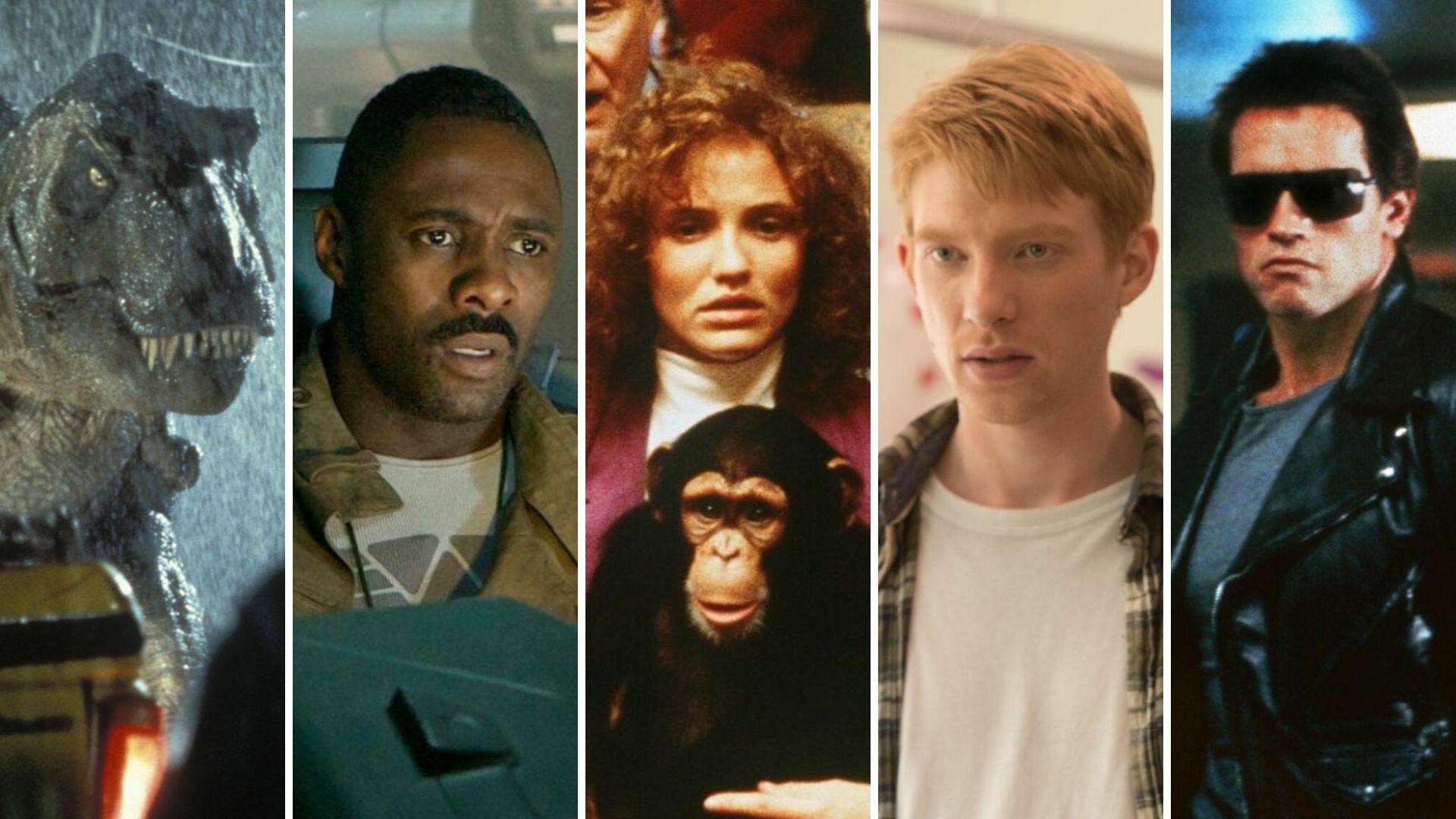 We get it. The world of today is a trying place. Sometimes you just want an escape hatch that lets you live inside another take on our present or future. That’s what makes good science fiction so alluring.

All the Amazon Prime subscribers out there should know: You have a boatload of options to choose from in the online retailer’s streaming library. There’s a little something for fans of any style of sci-fi you could imagine, from comedy to horror to drama to just plain “this is weird AF.”

Here’s a selection of some of our favorites that you can find and fire up right now.

1. The Man Who Fell to Earth

The Man Who Fell to Earth is basically E.T., but the extraterrestrial in this case is a smoldering 29-year-old David Bowie. (Also, E.T. came out six years later.) Bowie appears here in his first starring role, playing an alien who comes to our planet in search of water for his drought-stricken home world. Presenting himself to the people of Earth as an Englishman named Thomas Jerome Newton, the out-of-this-world visitor uses his knowledge of advanced technology to secure patents that make him fabulously wealthy. But his mission to save his home is complicated again and again by the more harmful trappings of human life, as well as shady government figures.

Commentary much? This surreal work of sci-fi directed by Nicolas Roeg is a must-see for any Bowie fan (i.e., everyone).

How to watch: The Man Who Fell to Earth is now streaming for Amazon Prime Video subscribers.

Back in 2011, an unknown director named Joe Cornish premiered a sci-fi action thriller starring an unknown actor named John Boyega. Attack the Block blew away audiences and critics with its depiction of a South London block under alien siege, with Boyega’s Moses fighting on the front lines for his turf. It’s brilliantly paced, plotted, and scored by Steven Price — a powerhouse debut for the kind of talent Hollywood scours for every day. Boyega commands the screen with star power even as a teen, teaming up with Cornish to bring his script to life with enviable confidence. —Proma Khosla, Entertainment Reporter

How to watch: Attack the Block is now streaming for Amazon Prime Video subscribers.

With Donnie Darko, writer-director Richard Kelly delivered not only an all-time great sci-fi thriller, but one of the most moving accounts of teen angst ever put to film. Then-19-year-old Jake Gyllenhaal leads as the titular character, a struggling high schooler who experiences bizarre hallucinations and dangerous sleepwalking incidents after a freak accident. Jena Malone, Maggie Gyllenhaal, Drew Barrymore, Patrick Swayze and more also appear.

Combining dream-like cinematography, brilliant scripting, and an utterly incomparable soundtrack, this 2001 title strikes a tone unmatched by any since. Mournful yet magnificent, the tale of strange tragedy has been described as a kind of heavily philosophical superhero movie, and with good reason. On the off-chance you haven’t seen it, I’ll leave it at that, since this is one movie that truly deserves to be enjoyed unspoiled. —Ali Foreman, Entertainment Reporter

How to watch: Donnie Darko is now streaming for Amazon Prime Subscribers (via IMDb TV, with ads).

Parasite‘s Song Kang-ho plays Park Gang-du, viewed as a lost cause by his family, even young daughter Hyun-seo (Ko Asung). When toxic waste from a lab up the Han River creates a twisted monster that starts attacking humans, it takes Hyun-seo. The family is broken — director Bong Joon Ho’s eclectic humor rears its head in scenes like when the Parks weep for Hyun-seo — and seems entirely dubious of trusting Gang-du to rescue his daughter.

Bong’s 2006 creature feature was only his third full-length production as director, and went on to be the highest-grossing South Korean movie at that point in time. As the creature affects everyone from gangsters to government and the Park family in particular, it’s highly reminiscent of Okja, made 11 years later with five times the budget. It’s a treat for fans of Bong’s storytelling to witness his evolution and a brilliant mind at work since long before it was winning Oscars. —P.K.

How to watch: The Host is now streaming for Amazon Prime Video subscribers.

5. The Vast of Night

It feels reductive to even call Andrew Patterson’s indie masterpiece science fiction, but given that its 89-minute runtime at least alludes to aliens, it might be all we’ve got. Everett (Jake Horowitz), a radio jockey, and Fay (Sierra McCormick), a switchboard operator, have their night cut short by a strange audio phenomenon that interferes with the broadcast and confuses listeners. Their night derails as they follow clues about the sound’s origin and reports of something odd in the sky.

Vast of Night hypnotizes the viewer not with special effects or otherworldly elements, but with grounded, meditative, even slow direction and performance. Many scenes are long, uncut takes of one or more characters talking, and by the end it barely matters what they saw in the sky or choose to believe in. Fay and Everett’s night is already one they’ll never forget, and a film that stays with you long after you watch it. —P.K.

How to watch: The Vast of Night is now streaming for Amazon Prime Video subscribers.

This charming family sci-fi flick from director Joe Dante (Gremlins!) is about a group of kids who build a working spaceship out of trash and literal dreams (for real). When they finally do get what they’re after, they discover that life in outer space isn’t so different from life at home. Explorers is a bit uneven due to the odd circumstances of its production, but it lives on today as a cult classic. It’s also, perhaps most notably, the feature film debut for Ethan Hawke and the late River Phoenix, who, along with Jason Presson, star as the three spacefaring teens.

How to watch: Explorers is now streaming for Amazon Prime Video subscribers.

Steven Spielberg, Tom Cruise, and time crimes. What’s not to love? This 2002 blockbuster adapted from a Philip K. Dick short story sets Cruise in the role of John Anderton, the chief of a future-tech police division called PreCrime. As if modern policing isn’t already bad enough, PreCrime officers get a heads-up on crimes before they’re committed, with information delivered by Precogs, or psychics, who spend their days drugged and floating in tubs of water.

It’s a wacky premise that takes a not-unexpected turn when Anderton, who’s struggled with depression and addiction after the never-solved kidnapping of his son destroyed his family six years earlier, is pre-accused of murder. Worse, the victim is someone Anderton’s never even met. While it’s perhaps not as incisive as it could be as a commentary on the dangers of police overreach, Minority Report remains a fun, Spielberg-directed spectacle.

How to watch: Minority Report is now streaming for Amazon Prime Video subscribers.

A little Bayhem never hurt anyone. Michael Bay loves to blow stuff up in movies, and he’s rarely done it better than he did in Armageddon. This 1998 disaster flick may be best known for the Aerosmith tune, “I Don’t Want to Miss a Thing.” But this is peak Bayhem from the late ’90s, when Hollywood seemed obsessed with finding new and exciting ways to blow up the Earth.

The existential threat in Armageddon is a fast-approaching, ridiculously large asteroid that’s discovered a little more than two weeks before it’s set to touch down and destroy the planet. The best strategy NASA’s geniuses can come up with is planting and detonating a nuclear bomb deep inside inside it. The time crunch means astronauts can’t be trained to do the digging, so NASA turns to a crack crew of deep sea oil drillers, led by Harry S. Stamper (Bruce Willis), for help. Ben Affleck is there, too. This movie rules so hard.

How to watch: Armageddon is now streaming for Amazon Prime Video subscribers.

Vivarium isn’t the sci-fi journey to pick if you’re seeking tidy explanations or slickly satisfying reveals. But if you’re open to a more ethereal sci-fi experience — one that will make you ask a lot of questions about the world you’ve been introduced to and then fail to answer most of them — this uniquely baffling outing from director Lorcan Finnegan is worth a go.

Jesse Eisenberg and Imogen Poots star as a couple looking to buy a house. Yonder, a suburban development touted as having “All you’d need and all you’d want” catches their eye, and they schedule a visit at one of its many identical properties. But after a strange house tour, the pair find they can’t exit the neighborhood, with the labyrinthine rows of matching units trapping them in some kind of loop.

Things only get stranger from there, so cue this one up when you’re feeling a bit weird. It’s visually beautiful and narratively bonkers. —A.F.

How to watch: Vivarium is now streaming for Amazon Prime Video subscribers.